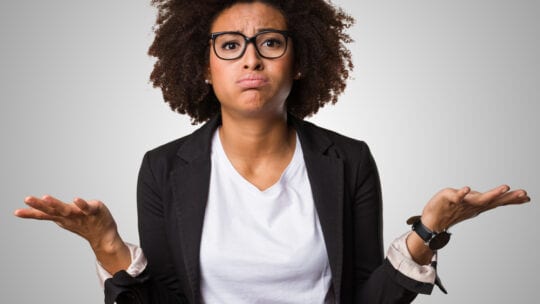 Pivoting. It’s a basic of media training. A journalist asks a question that an executive wants to avoid, or perhaps can’t answer for legal or other reasons, so the exec moves, hopefully deftly, to another topic.

I learned about pivoting young. As a reporter for my high school newspaper I had a chance to interview the school principal. My questions were prepared days ahead of time. When the interview started, I was too nervous to it well. What I eventually realized, though, was that the principal didn’t answer any of my questions. He spoke around each one. Beautifully. When I regained my composure, I understood this squat, elderly man actually was a fabulous dancer. His pivoting was so good, I hadn’t known he was doing it.

The situation was only slightly different 10 years later, when, as a rookie defense reporter, I was granted 20 minutes with an undersecretary in his inhospitable Pentagon office. The undersecretary rarely did interviews. He was as welcoming as his office. To be fair, it was the Cold War and he had a leading role in space-based defenses. This topic made for few unclassified stories. Again, all my questions were arranged. I was shaking.

The undersecretary didn’t pivot on my first question. He belted it.

“I won’t talk about that. It’s classified,” he said, gruffly, never removing his eyes from papers in front of him. He did the same with my next four questions. I was flummoxed.

Fortunately, my older, more experienced boss was there, too. He pivoted. “What can you talk about?” he asked after my 5 questions and I were thoroughly deflated. Who knows what happened after that? I’ve blocked it from my memory.

The recent Vice Presidential debate brought pivoting to the fore. Both Sen. Kamala Harris and VP Mike Pence clumsily pivoted away from several of  Susan Page’s questions. More recently, a video of AZ Senator Martha McSally attempting to pivot from a debate question made for a nightmare moment.

Most of the PR pros we spoke with distinguish political pivoting, particularly in the VP debate, from the media training techniques they teach. Harris and Pence evading questions “was not fair to the public,” says Noreen Heron, founder and CEO, at Chicago's Heron Agency.

But a politician pivoting is not an absolute. Sometimes reporters aren’t in on all the details, so their questions don’t represent the situation well. In those cases, the pol might consider pivoting. Recently, House Speaker Nancy Pelosi blasted CNN's Wolf Blitzer for his questions about stimulus talks. "You really don't know what you're talking about," she said. Pelosi pivoted, but badly.

Pivoting, though, is not anathema to all politicians or political appointees, says Guilfoil, who worked with former Boston mayor Thomas Menino and now trains a slew of local school leaders, police and fire chiefs. He advises politicians and executives to “tell the truth so far as you can." For Guilfoil, "Pivoting is not a first tactic” when there's a tough question. Still, pivoting is part of the tool kit, he adds. And he prefers the term spinning.

He acknowledges, however, “Spinning gets a bad rap. Some people think it’s akin to lying.” It’s the cost of being in PR. Look, Guilfoil admits, "Some people also think PR is lying."

Heron says she "feels comfortable" advising an executive to pivot, especially if an interviewer departs from generally agreed topics. A former journalist, Heron "doesn't like to be territorial" with reporters and refuses to specify topics in advance for media interviews with the lifestyle clients she represents. Still, she feels "ambushed" when a journalist requests an interview about business during the pandemic and, instead, questions her client about politics. "I have plenty of clients who'll be happy to discuss politics," she says.

It's How You Pivot That Counts

So, the consensus is that pivoting is an acceptable media training tactic. How an executive pivots makes all the difference, the PR pros said. An important aspect of the pivot is providing something new to the table. “You are trying to add context and information to the question…it’s not lying,” Guilfoil contends.

For veteran communicator Arthur Solomon, there's no question. A pivot, he insists, “must include new information.” The goal, he adds, is turning something negative into a positive. For example, he offers a situation where a reporter asks a negative question of a sports league executive about the dangers of continuing to play games despite the pandemic.

‘Isn’t it dangerous to continue scheduling games?’ the reporter asks.

‘We’ve done extensive planning for COVID-19 with teams of doctors. We know how to handle it. Here’s how our plan works…’

The executive hasn't answered the question. We don't know if he considers playing during the pandemic dangerous or not. Still, the reporter has the start of a story.

Moreover, under the right conditions, a pivot can be an opportunity for an executive to “tell their side of the story.”

In addition, when an executive faces a tough question, sometimes it’s good to concede a point or even admit a mistake as part of the pivot, Perry says. To admit you got something wrong is not necessarily a sign of weakness. “It can be a sign of strength…everybody makes a mistake.” Sticking to a narrative that you never make a mistake hurts your credibility, he says. “And credibility, along with your value proposition, is what you’re selling in an interview.”

In addition, admitting a mistake “buys you credibility with the interviewer and the audience and creates good karma.” In addition, a pivot where you admit a disturbing fact can be strategic. You can lose the battle, but win the war, he adds.

When discussing pivoting, all of our PR pros insist media training should include anticipating tough questions. “It’s easy to do,” Solomon says. “Just read the papers of the past few days and see what [the interviewer] is asking questions about.”

Adds Perry, "You know your vulnerabilities."

And practice is critical, the PR pros agree. The Boston mayor, Menino, Guilfoil says, would practice for months before an important speech. Adds Perry, “If you’re not quick on your feet,” and pivoting is difficult, there’s no substitute for practice.