In a way, the pandemic brings the stigma of mental illness to the forefront, making Mental Health Month more important than ever before. The communications tactics for the month may have pivoted to meld with the ongoing COVID crisis. If anything, the message may be clearer than ever that mental health needs to be a priority. 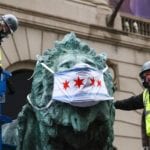 Some organizations have taken a risky approach, building digital or earned media campaigns that stand in for the usual awareness-building events—in-person rallies, press conferences or protests—now limited by bans on public gatherings. Two notable efforts of brand activism have stood out over the course of the pandemic; one local, one national: a mask-wearing campaign in Chicago, and political statements from longtime mercantile activist Patagonia.

After 2.5 months, the International Olympic Committee seems to have seen the error of its ways. Back on March 3, as the coronavirus began to ramp up in several parts of the world, IOC president… Continued 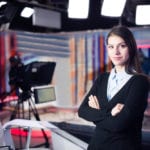 Data Shows PR and Media Working Harder During The Pandemic

Data provided to PRNEWS confirms what media relations pros have been feeling since the pandemic arrived–communicators are pitching more than they did prior to the novel coronavirus. Fortunately, journalists are opening more pitches than they did before the pandemic.

Much of PR is focused on the message delivered through written or spoken words. However, it’s important to remember the impact of images.  With millions of eyes watching government leaders, healthcare experts and business spokespeople… Continued

On Tuesday, the Trump administration told reporters that they had begun to phase out the coronavirus task force formed in January to coordinate the public health response to the virus. Wednesday morning, however, following a wave of negative press, the President contradicted the announcement on his lectern of choice–Twitter. The task force would, he wrote, would “continue on indefinitely.”

What to do when you have trouble communicating and there’s an important message to send? Qualification: You’re an ineffective communicator in the eyes of your 25-year-old daughter. And to make things more complex, you happen to be governor of the country’s coronavirus epicenter? 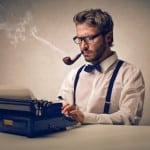 A bevy of questions asked during a recent PRNEWS webinar about media relations form the basis for this roundtable where PR pros discuss pitching and product launches during the pandemic. In short, you can pitch and launch products during the pandemic. It requires careful research and a sensitive approach, however. 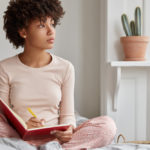 Sometimes data confirms what you thought was occurring, other times it can offer surprises. Propel, a software firm, looked at data about pitching and found media relations pros are pitching more during the pandemic than they did in previous months. Fortunately, content creators are opening more pitches too. Propel also found pitching days have shifted. 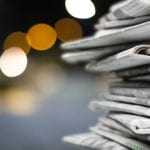 WEBINAR RECAP: Media Relations Strategy in the Midst of a Global Crisis

Despite how the world’s changed in recent months, the fundamental axiom of media relations remains unchallenged.