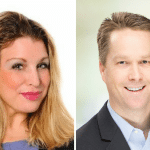 Within a month of taking leadership, Jodi Brooks led what Harold Burson calls one of the most significant new business wins in the history of Burson-Marsteller. And at SAP, Atle Erlingsson drove an internal campaign on gender pay equality and a successful media campaign that garnered coverage in Forbes, Fox, CNBC and the Wall Street Journal, helping the company to be named for the first time to Fortune’s Top 100 workplaces. 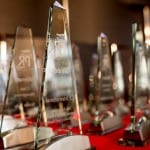 Passion, Creativity Lead the Way for Agency PR Pros of the Year Hardin and Madden

Kate Hardin has a passion for working with corporate healthcare clients and has turned that passion into a highly profitable group within the corporate communications practice at Ruder Finn. And, At Burson-Marsteller, Jane Madden holds a unique position offering clients strategic counsel and acting as an internal expert on CR and sustainability, allowing her to direct new business initiatives.

Aflac is among the most diverse companies in America. In fact, its workforce is comprised of a high percentage of both women (67 percent) and minorities (40 percent). In addition to employer-sponsored health care benefits… Continued

At the heart of Adobe’s core values lies the belief that groundbreaking ideas come from everywhere in the company and that Adobe’s people are its greatest asset. The company offers a variety of benefits to… Continued

Mary McGinty, Senior Director, Communications, U.S. Chamber of Commerce Foundation Mary McGinty led the Chamber Foundation through a complete rebrand with the intention of strategically positioning the organization as more contemporary and to elevate public… Continued

The traditional gender executive bias is flipped at Marina Maher Communications (MMC) – its executive committee features seven women out of eight members. In addition, its percentage of ethnically diverse staff is at 21% and… Continued

Porter Novelli’s culture is welcoming, lively, supportive and fun. New employees rave about the unique feeling of being part of a broader team and being met with open arms. More than anything, the company wants… Continued

With its open and engaging organizational structure and the very nature of its clients and work, it’s no surprise Powell Tate boasts a vibrant, one-of-a-kind work culture. The Powell Tate staff is an impressive group… Continued

República is an agency born of a passion to not just do things differently, but to do them better. República has turned a reputation for disruptive thinking into one of the fastest-growing and most talked-about… Continued