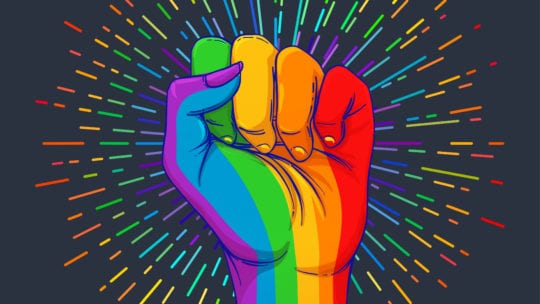 Between the pandemic, #BLM’s resurgence and the recent Supreme Court ruling redefining the word sex in the workplace, we’ve seen a lot of history in a short period of time.

The progress of this past month alone offers hope for the future. But what if that future started today? The Museum of Public Relations will hold its annual “LGBTQ Experience in Public Relations” event tomorrow, June 30. It will serve as a platform for PR's LGBTQ leaders to discuss and reflect on the community’s presence at work and in society. You can register for the free, virtual event here.

In the second of PRNEWS' two-part series, panelists scheduled to speak during the Museum's event share experiences and visions for a more inclusive future.

I hope we learn about the struggles that our community has faced and how much progress we have made. We still have much to do, particularly in parts of the community that need the most help. We can’t be aware and just speak out, we also have to act. Similarly, we must participate in making the lives and workplaces of our community better.

Young and more established voices must continue to work together to help advance a better future, especially during times when social justice reform is at the forefront of adversity. We must continue to mobilize for change, and do it together: allies, advocates and community members. It is clear we share more commonalities than differences, regardless of our intersectional backgrounds that make us unique.

That the reckoning for racial injustice was ignited during Pride Month this year is timely and appropriate.

The fight for racial justice and equality has long been intertwined with the battle for LGBTQ justice and equality. Oftentimes, however, the LGBTQ community—particularly the white majority—has given BIPOC diminished credit, unequal attention, and short shrift. But there is a sea change occurring. It’s become abundantly clear that when the LGBTQ community stands and fights with BIPOC, it is an unstoppable force that can no longer be ignored.

It is exciting to elevate LGBTQI issues and everyday people and show the public what’s at stake for our communities. And it is a thrill to share what it was like to help bolster the public profile of a transgender workplace expert and an organization on the front lines of transgender legal justice issues. Having had the incredible opportunity to work in LGBTQI PR, I stand on the shoulders of PR giants like Cathy Renna, who taught me how to do this work.

Being a publicist for LGBTQI people has given me the chance to elevate the lives and stories that change the world for the better and help level the legal playing field for our communities. I hope people will walk away from tomorrow's event understanding how visibility has paved the way for increased LGBTQI acceptance in the court of public opinion. In addition, I hope the crucial role of PR in that awareness will be apparent. We should be excited about the strides our communities have made through the power of PR.

My work in expanding involvement in LGBT activism is possible thanks to the acknowledgment and uplifting of intersecting identities. LGBT people of color continue to steer the fight for equality. Intersectionality, storytelling and collaboration go hand-in-hand.

There was a time when most employees were hesitant to come out in the workplace. That's when I started in financial services.

I recall formation of the first Pride employee resource group. Positive buzz among LGBTQ employees was mixed with concern. By joining, some felt we’d be putting targets on our backs. Yet the resource group helped me build a strong foundation. It also gave me more courage to be an outspoken member of the community, in and out of the workplace.

Life has changed for the better during the last two decades for the LGBTQ community. While we have a long way to go, it's important to celebrate successes. The Supreme Court ruling protecting LGBTQ employees is a significant milestone.  Young people starting their careers should speak up and speak out.

Awareness, understanding and empathy are essential when hiring, mentoring and collaborating with LGBTQ professionals and with every underrepresented group. One of the first and most critical steps to take is to educate yourself about the LGBTQ experience, including the struggle for equal rights and acceptance, not just tolerance.

On a corporate/industry level and as individuals, it is critical to be an ally. On the corporate side, be a leader, not a follower. Be sure your values reflect your support/allyship, and be visible and vocal about that–it’s as important to the marketplace and customers as it is to employees.

On a personal level, be an advocate, show support, hire, mentor, develop and sponsor LGBTQ and other underrepresented professionals.

Establish an LGBTQ employee/business resource group. Ensure your leaders are engaged;  they need to show up and contribute.

Shelley Spector is founder of the Museum of Public Relations