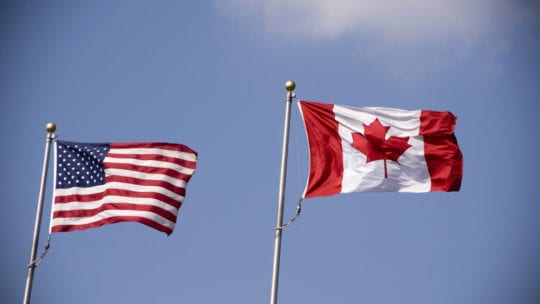 In a large company, it’s a heavy job for brand communicators to monitor social conversations. They must listen to what media and competitors are saying about the company. Customers—advocates and critics—are they talking about your company? In addition, when employees converse about their employer, what topics are they discussing? Something that happened yesterday highlights that the communicator's burden is even greater: They also must monitor what former employees say.

As communicators know, digital technology makes anyone with a mobile phone and a social media account a publisher. Wendell Potter is a perfect example. He was a corporate communications VP at Cigna for 15 years, beginning in June 1993. Prior to that, he was a director, communications, at Humana, for four years.

Potter now is a professional activist. A gadfly, some would say. His subject is healthcare. Specifically, he advocates in favor of Medicare for All. Potter has 73,000 followers on Twitter. Yesterday morning, he did something few executives, or former ones, do publicly; Potter said he lied when he was a PR pro.

Lying is a sensitive topic for PR pros. To the uninformed, communicators do little else but lie for a living. Hope Hicks didn't help to dispel that perception. To combat this type of thinking, PRSA, to its credit, endorses the ethical practice of PR. Other PR organizations do the same. And most PR pros understand that lying is the quickest way to destroy a relationship with media.

At any rate, Potter posted a six-part Twitter thread attacking his actions while a Cigna VP. In the tweet thread, Potter said he spent years falsely denouncing Canada’s single-payer system, contrasting it to the US healthcare system. He discussed the subject to highlight differences between the two countries’ response to the novel coronavirus. America's poor response to the virus is yet more evidence that Canada has a superior medical system, Potter tweeted.

The wording of his first tweet is compelling. “Amid America's #COVID19 disaster, I must come clean about a lie I spread as a health insurance exec: We spent big $$ to push the idea that Canada's single-payer system was awful & the U.S. system [was] much better. It was a lie & the nations' COVID responses prove it.”

Amid America's #COVID19 disaster, I must come clean about a lie I spread as a health insurance exec: We spent big $$ to push the idea that Canada's single-payer system was awful & the U.S. system much better. It was a lie & the nations' COVID responses prove it. The truth: (1/6)

His second tweet mentions the L word–lying–again: “Canada's doing much better than the U.S. when it comes to #COVID19 testing & treatment. On a per capita basis, more Canadians are being tested & fewer getting sick & dying. This may shock Americans who still believe the lies I told about the Canadian health care system.”

His third tweet blasts the brand of healthcare PR he practiced. “Here’s the truth: Our industry PR & lobbying group, AHIP, supplied my colleagues & me with cherry-picked data & anecdotes to make people think Canadians wait endlessly for their care. It’s a lie & I’ll always regret the disservice I did to folks on both sides of the border.”

AHIP, America’s Health Insurance Plans, is a Washington, D.C.-based organization composed of major and mid-size health insurance providers. Its website says it is committed to “market-based solutions and public-private partnerships that improve affordability, value, access, and well-being for consumers.”

Potter claims in Canada "no one gets turned away from doctors due to lack of funds...In America, exorbitant bills are a defining feature of the system." He adds, "There are no co-pays, deductibles or co-insurance ever" in Canada. "Care is free at the point of service. And those laid off in Canada don’t face the worry of losing their health insurance. In the U.S., millions are losing their jobs & coverage, and scared to death."

Considering Potter cashed Cigna's checks for 15 years, he'd be more credible using the words "I apologize" instead of "I'll always regret the disservice I did...." On the other hand, writing "I lied" a few times is powerful.

An obvious PR takeaway: If you don't tell your story, someone else will. In this case, Potter's version is the lone narrative.

Of course, knowing when and if to respond is part of the art of PR. Perhaps Potter is too small a player for Cigna and AHIP to care. It could be that AHIP and Cigna feel Potter is lying still and they deem him unworthy of response. We don't know. For this story, PRNEWS contacted AHIP for a comment. It failed to return our message. We also contacted Cigna. It, too, did not return our message.

In addition, healthcare PR firms we contacted for this article acknowledged our request for comment, but passed on the opportunity.

Whether or not Potter's praise for Canada is correct goes beyond the scope of this essay.