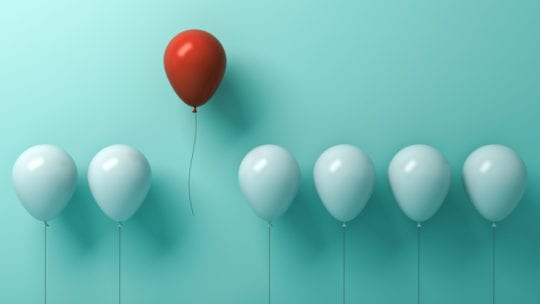 It may seem like conversations on social media couldn’t possibly get more polarized. But in the face of a pandemic and plummeting economy, during an election year no less, brands continue to find themselves caught in the middle of hot-button issues, forced to choose sides on topics previously thought to be outside their wheelhouse.

The situation is made all the more delicate when an employee makes a bold statement or is identified in online media in a manner that strays from the company line. In 2017, Juli Briskman (who is now an elected official in Virginia) was fired from her job as a government contractor after she was recognized in a viral photo giving Trump supporters the middle finger. The same year, many will remember former ESPN host Jemele Hill’s suspension from the network for Twitter comments calling out racial injustice at the company. More recently, in May, the viral “Central Park Karen” video led to Amy Cooper’s firing from Franklin Templeton—and in doing so, the company neatly sidestepped a PR nightmare.

As they begin to address the possibility of employees going rogue on social, communicators should find legal recourse as well as internal policy and strategy.

Gene Grabowski, principal of PR firm kglobal, takes a cautious approach, urging employees and board members to avoid appearing "overly partisan or committed to specific causes or points of view" on social media.

"A growing number of younger consumers avoid doing business with those whose viewpoints differ from theirs," Grabowski says. He has observed sharp drops in sales for organizations after employees or contractors posted statements or photos "that appeared racist, sexist or insensitive to a particular group."

Grabowski argues employees who are vocal on sociopolitical issues "risk making the company they work for a target of consumers or activist groups" that mobilize in large numbers on social media in a matter of hours. That issue is magnified when groups of online activists reach out to members of the press.

Leave it to Legal

While it may sound counterintuitive for crisis-ready PR pros, sometimes it's best simply to punt after an employee posts about a controversial issue. Ashley Sasnett, a digital strategist at Equifax, says that for the most part, next steps should be determined "by legal, HR and risk departments."

Companies must determine first whether the issue is a legal or a reputation risk before taking steps to address it. And especially if it’s the former, social media communicators would be well-served to limit their involvement, argues Sasnett. "Asking the social media team, [which] usually sits in marketing, comms or customer care, to write the policy is like asking Keith Richards, who is an amazing guitarist, to dance like Misty Copeland, who is an amazing ballerina."

Be Simple and Direct

For Dwayna Haley, SVP and practice director for brand innovation at Porter Novelli, the best corporate social media policies are simple and straightforward. "It's really important that employees understand there is zero tolerance for hate speech," she argues. Policies should define the exact nature of hate speech and be unafraid to "give examples for clarity."

Barring hate speech, employees should be empowered to be themselves online, Haley says. In today's charged climate, there's no reason that posting or reposting thoughts about social justice, racial equality or human rights should serve as an indictment of one's employer. She advises that companies require employees to add an "opinions posted here are my own" note in their social media bios—and then move on.

"We’re long past the days when social media was new and companies felt the need to control public speech for fear of blowback," Haley says, adding, "Everyone flies their freak flag online. It should be up to the individual employee to manage their online engagement responsibly just as they would in any respectful exchange."

While Grabowski, like Sasnett, advises communicators to leverage legal counsel as they hammer out details, he offers best practices for communicators wanting to craft a social media policy: