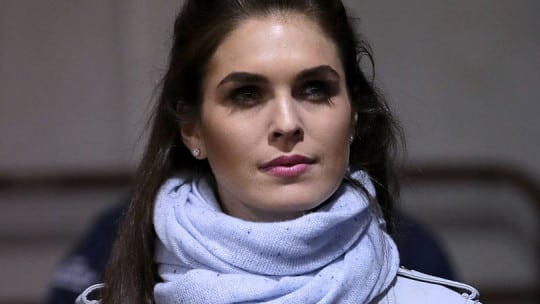 This is a story that’s unpleasant to write since it describes a public black eye for PR. It's yet another example where a prominent communicator says, or in this case allegedly says, that telling lies is part and parcel of the PR pro’s job.

On Feb. 27, White House communications director Hope Hicks, meeting for eight hours with the House Intelligence Committee as it investigates Russian interference in the 2016 U.S. presidential election, said, according to the NY Times, “that her work for President Trump…had occasionally required her to tell white lies.”

The Times’ article continues: “But after extended consultation with her lawyers, she insisted that she had not lied about matters material to the investigations into Russia’s interference in the 2016 presidential election and possible links to Trump associates, according to three people familiar with her testimony.”

What’s that adage from Mark Twain? “If you tell the truth, you don’t have to remember anything.” Unconfirmed reports are that Mark Twain's Notebooks is on Hicks’ summer 2018 reading list.

Seriously, the Times’ article lacks direct quotes from Hicks. The Intelligence Committee met with Hicks behind closed doors. Leaks from the meeting are as close as we’ll get to transparency on this one. Did Hicks really say anything about white lies?

There’s an element of déjà vu here. You might recall earlier this month columnist Virginia Heffernan blasted the PR profession in her L.A. Times column. She did so by offering up Hicks, the 29-year-old Trump insider who became White House communications director after the brief tenure of Anthony Scaramucci ended last summer.

Part of Heffernan’s beef was that Hicks: promised she would be able to suppress Donald Trump Jr.’s email chain about his infamous summer 2016 meeting with Russians (the ones who promised to deliver dirt on candidate Hillary Clinton); came up with an idea about how to obfuscate the reason for the meeting; and allegedly helped President Trump craft an intentionally misleading press release about the whole thing.

Heffernan concluded in her column that Hicks’ activities were not only obstruction of justice but could “double as a referendum on the whole thorny practice of public relations.”

An additional cringeworthy note about the above unpleasant view of PR: It was a PR pro, Rob Goldstone, who apparently approached Donald Trump Jr, offering to broker the meeting with the Russians.

New PRSA chairman Anthony D’Angelo spewed his morning coffee upon reading the Heffernan column. D’Angelo returned serve quickly, blasting Heffernan’s assertions about PR pros being a pack of professional liars. “Be assured,” D’Angelo wrote to PRSA members, “PRSA isn’t having any of that.”

He continued, “Every profession can have bad actors, or good people who make mistakes, and calling them out is a journalistic responsibility worthy of public respect. Smearing an entire profession in the process of criticizing an individual practitioner is akin to equating Ms. Heffernan’s work and the standards of the Los Angeles Times with those of the National Enquirer. It’s the kind of cheap shot that gives unfortunate credibility to cries of fake news! There is actual evidence to suggest that the majority of journalism and public relations professionals are better than that.”

We asked D’Angelo this morning for his reaction to the latest news about Hicks and specifically how PR pros should handle a situation where an executive or client asks them to obfuscate information.

“PR professionals—PRSA members or not—should reference PRSA’s Code of Ethics, a powerful and practical touchstone. All members sign a pledge to 'conduct myself professionally, with truth, accuracy, fairness, and responsibility to the public….' That tenet is essential for the organizations, clients and the publics we serve because it protects our most precious asset: trust.”

Moving to the sensitive subject of how to handle difficult situations, he said, “Certainly, there are times when professional communicators need to protect the privacy rights of those we counsel by safeguarding confidential information, but that doesn’t require white lies, however immaterial, as a remedy. If we can’t answer a question, it’s a professionally acceptable response to say, 'I can’t answer that, and here’s the reason why.'”