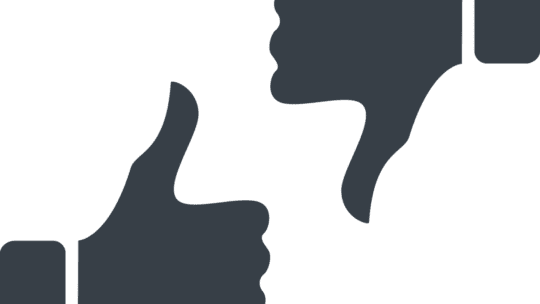 To kick off 2023, we examine topics that garnered the most engagement in B2B posts last year.

Popular posts across Facebook, Instagram, Twitter and TikTok were, similar to 2021, those focused on sustainability and diversity, equity and inclusion. Industry trends, how-to's, and posts using humor or demonstrating partnerships were also popular, says Madison Busick, an analyst with comScore powered by Shareablee, which provided data exclusively to PRNEWS.

Actions, or engagement, is the sum of likes, shares and comments. 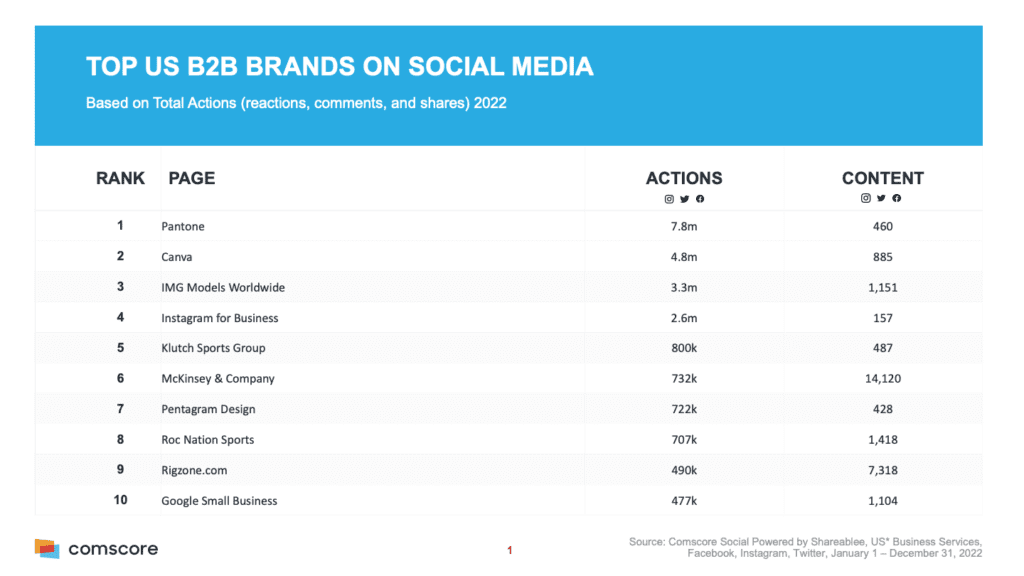 Color solutions company Pantone saw the most engagement on Twitter and Instagram, though was nearly twice as efficient on the latter, at an average of 27.2K actions per post. Graphic design app Canva saw high engagement on Facebook, averaging 18.9K actions per post. Though its engagement dropped significantly on Instagram and did not even make the top 10 on Twitter, it was the number two company by engagement across platforms, thanks to its proficiency on Facebook. 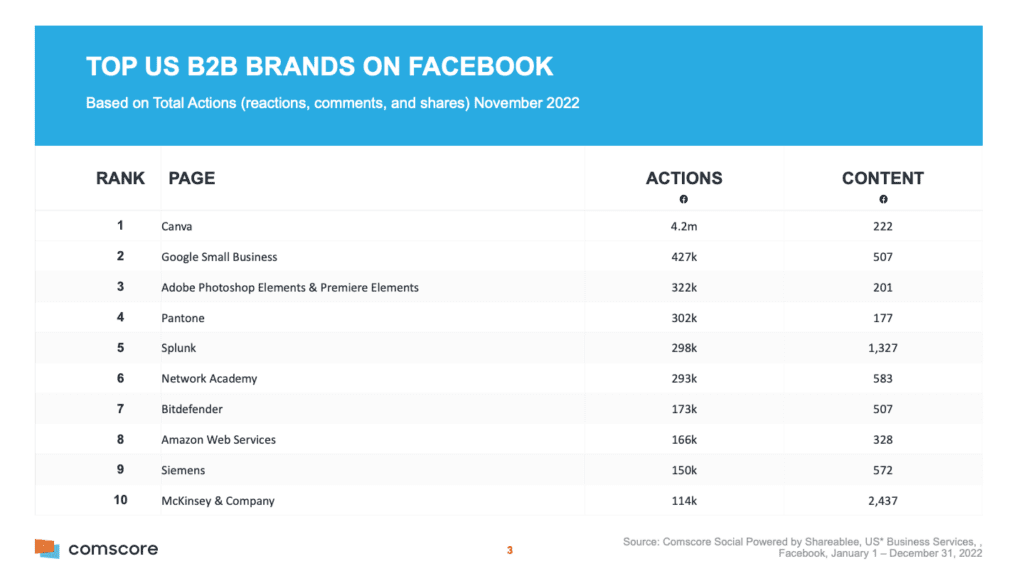 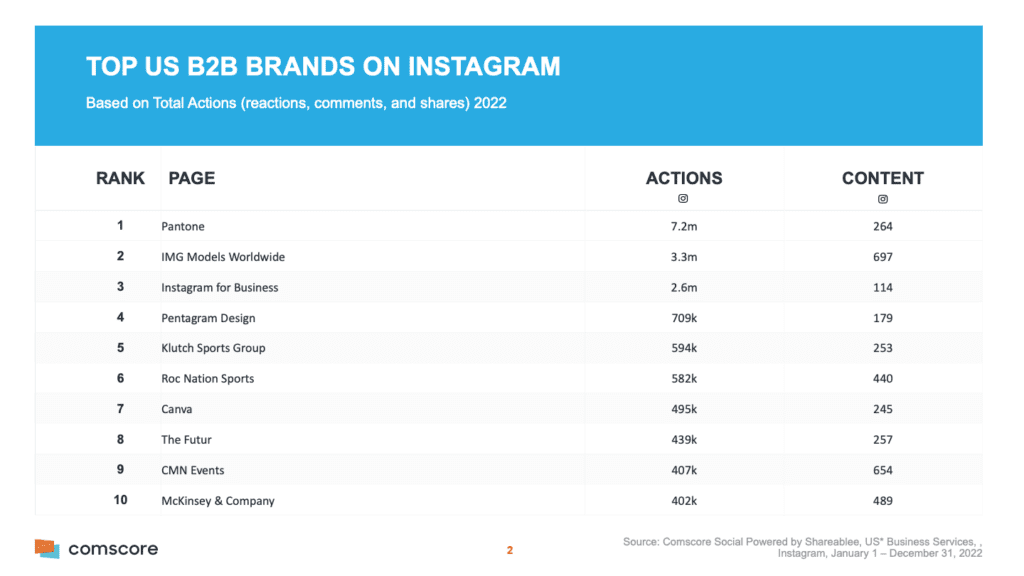 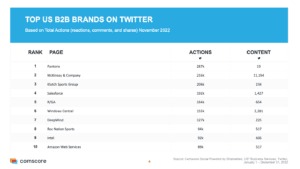