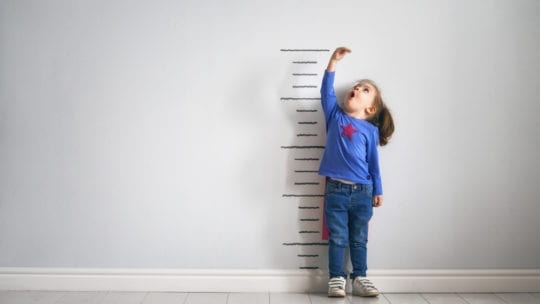 It was a sobering yet fascinating kickoff this morning for AMEC’s Global Summit thanks to Jim Macnamara, distinguished professor of public communication at the University of Technology Sydney, and good technology. Macnamara debuted research from his new book “Beyond Post-Communication.” Interestingly, his presentation was taped in advance, which allowed him to respond to online chat and questions during it. After the taped portion, Macnamara, a 2018 PRNEWS Measurement Hall of Fame honoree, appeared for a live and lively Q&A. The event was hosted on the Intrado platform.

His talk to the communication measurement group centered on misinformation in many forms. Noting that his “eyebrows were raised a lot” while researching the topic, he brought up an example of influencers who'd essentially bought their influence. The influencers gained credibility and paying gigs after they created fake followings, using bots. With seemingly large audiences, the influencers were paid to produce content, despite not being subject-matter experts. “Many companies don't ask questions about influencers,” they're simply attracted to their number of followers, Macnamara said.

One of many resulting problems, he said, is that consumers are “cheated and fooled.” He cited an example of alleged nutrition influencers who had no background in the subject. After fabricating their followings with bots, they got paying gigs from companies as nutrition influencers, he said.

Macnamara's talk was not centered on blasting large companies, though. “Consumers also have a responsibility to check the information they share” on social, he said. Moreover, it's his view that combatting misinformation will take several approaches. “We're in an infodemic,” he said, noting WHO's terminology.

Among the approaches he mentioned was stricter adherence to professional codes of ethics. Many communications organizations have ethics codes, he said, but they’re not emphasized enough. Trade groups need to train their members with an emphasis on responsibility, “not just getting a headline,” he argued.

Indeed, in his research, Macnamara found communicators boasting openly of their ability to manipulate audiences. This is even so during the pandemic. A BuzzStream/Fractl survey of 400 PR pros last month found 19 percent admitting they'd sent an unethical pitch during the pandemic. In addition, 42 percent sent a pitch that felt opportunistic.

For starters, 42% of the PR professionals in our survey said they had sent a pitch that felt opportunistic, using the COVID-19 pandemic to their benefit. Perhaps far worse, 19% reported sending an unethical pitch, though it’s not clear what about their tactic broke the moral code

In addition, as noted above, consumers have to improve their ability to spot misinformation. This need can be met, he said, through literacy education.

A Larger Role for Consumers

Macnamara hinted that consumers have another role, too: “We expect journalists to produce” quality content that’s fact checked, but “we don’t want to pay for it.”

As such, fact-checking sites and organizations have a role to play. Macnamara believes “you’ll begin seeing more” of these sites cropping up shortly.

Perhaps the most striking example Macnamara presented was that his university, during the pandemic, has halted its reliance on earned media and social to relay vital information to students. The school has stuck solely to owned, closed platforms, including listservs, web sites and Zoom town halls, he said. Earned media is too inaccurate, he said.

Later at the AMEC event, which continues tomorrow, AMEC president Richard Bagnall previewed the group's annual survey. Portions that were done prior to the pandemic showed measurement in good shape as an industry, with 63 percent of respondents anticipating growth. 74 percent reported continued demand for sophisticated evaluation of PR efforts, with 64 percent anticipating demand for measurement insight and 55 percent for integrated measurement.

The group also teased a look at the Barcelona Principles 3.0. The new principles update the most recent 2.0 version, which was unveiled in 2015. The 3.0 edition will go public Friday.