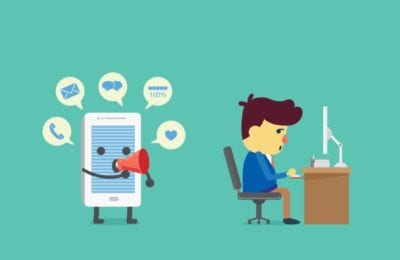 Information about the coronavirus pandemic has mostly been built around straight messaging: wash your hands, stay home, save lives.

Recently, the term Chinese virus entered the public lexicon. Marginalizing ethnicities during a public health crisis can trigger xenophobia. In addition, it does not engender needed public engagement.

Besides flying in the face of good PR, this language is neither compassionate nor utilitarian.

Social media creates an unfiltered and substantial channel of digital communications. Professional communicators know there are drawbacks, too, because many members of the public have difficulty sorting fact from fiction.

Using the term Chinese virus is irresponsible and unproductive. It’s tough enough getting people, metaphorically, to focus on the bouncing ball. Health experts such as Dr. Anthony Fauci certainly understand this.

We know that something that may simply be spin today is socially absorbed days later without a modicum of understanding. In this pandemic, that course is exponentially higher.

The nation had a hard-enough time getting young people (generally Gen Z’ers who were often mischaracterized as millennials, another dangerous spin) off beaches during spring break. It now faces people buying guns and ratcheting up fears over martial law.

Those building a national dialogue around a Chinese virus are on the precipice of a slippery slope that, even many years later, will be viewed without the fervor now occupying a nation of people having visceral reactions.

Communications is the Core of Public Marketing

The job of communications professionals during this time is to keep the American public on point with timely messaging. They need to engage and educate the public about distancing, quarantining and testing. In addition, they need to explain why leaders are encouraging others to adopt certain behaviors — an imperative in public-health campaigns and crises.

This is linked to what historically has been called social marketing, which centers on getting people to change a behavior (wear a seatbelt, get a mammogram or use condoms) to influence the public good.

The job at hand now is to communicate consistently and precisely. This is what the Trump Administration should do.

We need people on the same page who do not veer off script.

Knowledge, despite what some people maintain, is power.

Relabeling a known virus and targeting a race of people amount to hate and nativism. They are not something in which communicators should peddle.

Debra Zimmerman Murphey is a VP with Tobin Communications and a former senior editor of PRNEWS.