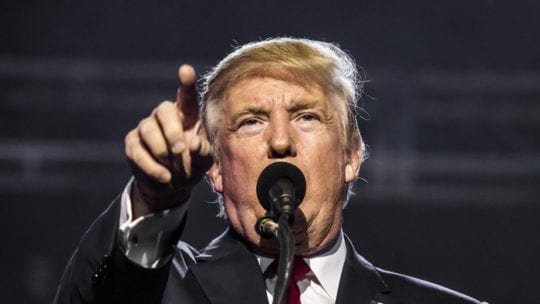 Communicators know that one of the principles of PR crisis management is ensuring that you are delivering a consistent message. During a health-related crisis, consistency is paramount.

Veteran health communicator, T. Garland Stansell, CCO at Children’s of Alabama, told PRNEWS in an interview that whatever platform is used, PR pros should make sure “messaging is consistent and that everyone speaks with the same voice.”

Stansell, who also is PRSA's chair, added, “Decide with leadership who within the organization is authorized to speak on the topic and ensure that information and facts used are from a trusted and knowledgeable source,” such as the Center for Disease Control and Prevention (CDC) or World Health Organization (WHO).

With large companies and organizations, ensuring a consistent message is delivered is easier said than done. PR pros often need to coordinate messages across the enterprise, sometimes beyond international borders. There’s also the possibility of loose lips.

The reasoning behind a consistent message in a crisis is straightforward: you don’t want messages and the deliverers to contradict each other, creating confusion for stakeholders. Cruise lines, hoteliers and airlines are currently dealing with this.

With coronavirus spreading across the globe, members of the travel and hospitality industry are offering refunds and cancellations to accommodate travelers who have decided to forego trips. In some cases, business travelers are seeking refunds owing to cancellations of events, such as the World Mobile Congress, Google’s developer’s conference or SXSW.

Clear communications is not indigenous to the hospitality industry. There are media reports about airlines, hotels and cruise lines offering refunds, but often there’s a bevy of fine print that blunts those offers. In general, though, travelers are getting back some money as a result of coronavirus disruptions.

On the other hand, it seems that each day this week, scientists from the White House’s specially appointed coronavirus task force are advising Americans one way, and the president is saying something else. The confusion rises when the president contradicts what he said the day before. It’s not good when companies employ loopholes that prevent travelers from obtaining refunds. During a health crisis, though, obfuscation, deliberate or unintentional, can cost lives.

One of the basic messages the task force and other medical professionals, such as the CDC, are communicating is that people who feel sick should stay home rather than go to work. Based on that advice and out of caution, Amazon, Facebook and Google offices in Washington, America’s ground zero of coronavirus so far, have urged staff to work from home.

Meanwhile, the president told Fox News on March 4 that some Americans with coronavirus may "get better, just by, you know, sitting around and even going to work." This caused a furor.

The next morning, March 5, the president tweeted that his remarks were taken out of context.

I NEVER said people that are feeling sick should go to work. This is just more Fake News and disinformation put out by the Democrats, in particular MSDNC. Comcast covers the CoronaVirus situation horribly, only looking to do harm to the incredible & successful effort being made!

The media had a hand in this, too. Many newscasts excerpted the president's comments, instead of offering context and the remarks in full.

In part, this is understandable. Newscasts have time limits on their segments. They tend to reduce interviews to short clips or sound bites. Incidentally, we did the same, above. Some media, no doubt, wanted to play gotcha with the president's remarks. A global health crisis is not the time for such behavior.

At any rate, the president uttered those remarks while he was debating the veracity of the death rate from the virus. WHO director general Tedros Adhanom Ghebreyesus said earlier that day that the rate was as high as 3.4 percent. I have "a hunch," that number is high, the president said. Many people who have mild symptoms of the virus go unreported, he added.

Below is a larger portion of what the president said during the Fox interview.

"People with mild symptoms get better very rapidly, they don't even see a doctor…You never hear about those people…So if, you know, we have thousands or hundreds of thousands of people that get better, just by you know, sitting around and even going to work, some of them go to work, but they get better, and then when you do have a death like you've had in the state of Washington, like you had one in California, I believe you had one in New York, you know all of the sudden it seems like 3 or 4%, which is a very high number, as opposed to a fraction of 1%. But again, they don't, they don't know about the easy cases because the easy cases don't go to hospital, they don't report to doctors or the hospital, in many cases, so I think that that number is very high. Personally, I would say the number is way under 1%."

So, in this case, many news reports excerpted the president’s remarks, contributing to them being taken out of context.

Certainly, when the president or a CEO constantly is speaking on the record, the possibility is high for an incorrect message to escape. Being on 24/7 is part of the leader's job. It happens.

We're not naive and we're not trying to be political. It's clear this president has a strange relationship with the truth. The daily flip-flopping about the number of virus test kits is another example of inconsistent communications. At our press time, the president said anyone who wants a test will get one. Just minutes later the vice president's briefing seemed to lack details to back up that claim.

In addition, critics charge the president has made coronavirus a political issue, attacking the previous White House for kit shortages. His remarks, these critics say, are his attempt to tamp fears so the economy keeps humming. Economic health is key as he mounts his re-election bid.

Still, it's critical that the president help deliver a consistent message. He should reiterate his experts' advice, including that workers stay home if they feel ill. He is, after all, the country’s chief communicator. And we’re in a crisis that's beyond politics. Eventually, it could move way beyond politics. We hope those who advise him drive home those points.