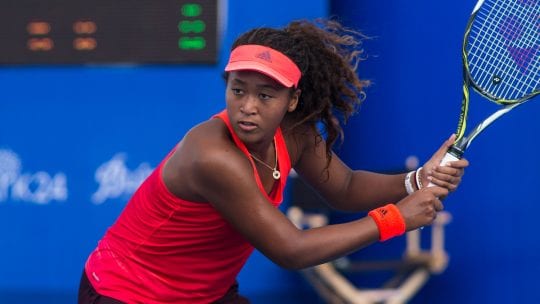 Tennis fans and media pundits woke up to quite the surprise Monday morning (May 31) when No. 1-ranked player Naomi Osaka announced her withdrawal from the French Open.

Before that The French Open fined Osaka $15,000 and threatened her with disqualification for refusing to appear at a post-match press conference. Osaka released a statement on Twitter. In it she revealed bouts of depression and social anxiety caused her to skip the presser.

While Osaka’s not the first athlete to avoid the press (see Marshawn Lynch), she is one of the first to offer complete honesty and openness regarding her mental health issues during press conferences, coming fresh out of Mental Health Awareness Month no less.

While the debate rages as to whether or not Osaka should be reprimanded or applauded (and with many public figures and companies showing support, including Serena Williams, Nike and Billie Jean King), it raises important questions regarding press conferences and the need for the now-historic practice.

Are press conferences outdated? Should PR pros find new ways of working with clients to get their information to the media? There’s a lot to unload regarding media relations and relationships between public figures and the media, particularly for a popular representative of a new generation of global athletes.

According to the New York Post, The French Open originally released a joint statement with the US Open, Wimbledon and Australian Open, which sought to reprimand Osaka by removing her from the tournament and possibly hand down punishment in other Grand Slams “if she keeps shunning the media.”

“What is happening here is in my view not acceptable,” he said. “There are rules. There are laws. We will stick to the laws and the rules on the penalties and the fines.” He said the choice is “very damaging to sport, to tennis, to her probably,” adding that “she’s hurting tennis. It’s a real problem.”

However, the Grand Slam committee changed its tune this afternoon (June 1) after reviewing Osaka’s statement, and well, probably in response to the poor publicity the French Open’s initial response received. The new statement said mental health is “a very challenging issue” and vowed to put more effort into understanding the situations players deal with. The US Open posted the statement on behalf of the committee, pledging its support and empathy. It did not, however, address the fine or reprimands.

The conversation surrounding the response and statements was a hot topic most of the day for communicators. While some believe pressers are the best way for the public to gain information, others questioned the practice.

Really interested to see if we in the media - as an industry - do a self examination during the @naomiosaka discussion.

Writer Jonathan Lieu reflected on the practice in The Guardian claiming, “We’re not the good guys.”

He wrote, “And so the modern press conference is no longer a meaningful exchange but really a lowest‑common‑denominator transaction: a cynical and often predatory game in which the object is to mine as much content from the subject as possible. Gossip: good. Anger: good. Feuds: good. Tears: good. Personal tragedy: good. Meanwhile the young athlete, often still caught up in the emotions of victory or defeat, is expected to answer the most intimate questions in the least intimate setting, in front of an array of strangers and backed by a piece of sponsored cardboard.”

Michelle Garrett, PR consultant for Garrett Public Relations, frequently works with clients in the entertainment and B2B industries. She coaches executive spokespeople on media skills. She offered advice for this situation, or any in which a public figure may have issues talking to the press.

“In this type of situation, it's important to keep the client's needs in mind,” Garrett says. “They should work with a publicist or PR team that is sensitive to their needs and can make it work on behalf of their client. That may require media training to help the client be prepared to handle questions from reporters. In the case of someone with anxiety issues, it may require planning ahead so that the client can avoid situations in which they are thrust into the spotlight.”

Garrett says in the Osaka scenario, the French Open should bend to work with the tennis star because it required her to attend the press conference.

“Maybe we should be asking what the federation could've stepped in and done,” she says. “Maybe it will force a broader conversation about what should be expected/required from professional athletes. Is it not enough to be the best in your sport? Must you also have to meet the media demands/requirements?”

Garrett says Osaka will find a lot of support for her response, regardless of industry debate, and maybe she could work on making herself available in a different way.

“She might find a 'friendly' journalist to help tell her story (as Meghan Markle did with Oprah) under conditions that work for her.”