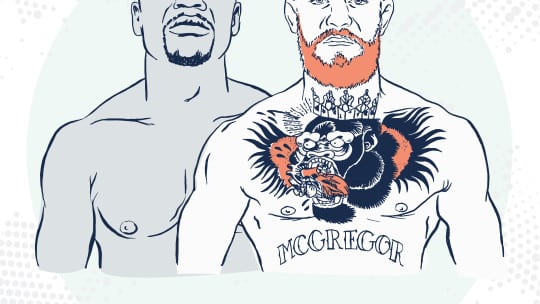 Editor’s Note: In our August 22 edition we interviewed Kelly Swanson, whose firm oversaw PR for the August 26 Mayweather-McGregor fight. In the article below she relates lessons learned from that experience.

From the minute Ultimate Fighting Championshipstar Conor McGregor took to social media to challenge boxing champion Floyd Mayweather to a long-speculated but seemingly impossible crossover matchup, fan and media interest in the fight was impossible to ignore.

As a publicist you can wish for nothing more than the opportunity to work on a never-done-before, larger-than-life event. Prior to the fight, I said it was unlike anything I’d worked on during my 25-year career. Now that it’s over, I believe it’s safe to say it was and probably will be considered a one-in-a-million event.

Following a four-city media tour across three countries that attracted 40,000+ fans and 800 media members (PRN, August 22, 2017), our biggest challenge was ensuring no one stopped talking about the fight until it happened. Also, we knew we’d be consumed with managing the massive media interest and activities during the day of the fight. While I am thrilled with what my team accomplished, I definitely learned a lot during this experience. I offer these tips for PR pros gearing up for major projects or events:

Own Tough Decisions, Be Transparent

Sometimes you need to make tough decisions that won’t win you popularity contests. Throughout fight week, we had to turn away some tried-and-true media members from certain interview opportunities. We decided to let national news crews take priority over bloggers and vloggers.

It might sound counterintuitive in the digital age, but that’s not the case. Unlike other sports, where there is tighter control of the media outlet-approval process, boxing is more giving and less monitored. In a normal scenario, these bloggers and vloggers help bring attention to the sport but are reaching already “sold” customers. So for an event such as this, major outlets take precedence, particularly when CNN, ABC's Good Morning America and NBC's Nightly News were willing to cover it. We placed a priority on helping major media get what they needed, believing their coverage could increase pay-per-view attention and sales.

Of course, it’s vital to keep your relationships with media strong, so we always made sure to communicate our decisions transparently and respectfully. We notified media face to face at the events and explained this was a different scenario than usual. Instead of getting one-on-ones they needed to get quotes from the stage.

Through transparency and honesty, we were able to reach a mutually beneficial resolution for all parties. Certainly you never want to “bite the hand that feeds you,” but if you have an opportunity to step outside of your traditional audience, you have to take that chance.

Know You Can’t Control Everything

There are only so many things you can control. Sometimes you have to accept that and alter elements as needed.

During the fight-week kickoff event known as Grand Arrivals, McGregor was supposed to arrive before Mayweather. He was late, though; Mayweather showed up first. We made an executive decision to adjust the event order, allowing Mayweather to go first. We informed all parties (promoter, fight camps and the emcee) of the change immediately. Then, while standing in 100-degree Las Vegas heat outside of T-Mobile Arena, we jumped into action and alerted media, already on site, of the new running order. This was particularly crucial for media outlets covering the event live, such as ESPN. Ironically the change ended up working in our favor, as the fighters crossed paths (not part of the plan) and the footage was picked up around the world.

Know Your Limit (As In Emails)

We use Google for Business and the limit for sending is 10,000 emails per email account, per day. Since we service quotes, stats and scorecards to all press via email throughout fight night, we knew that we would quickly hit that limit. It was not something that occurred to us prior to fight night, but luckily we were able to quickly arrange a backup plan for communicating with hundreds of media members throughout the night. That meant having a MailChimp and Constant Contact template with the list of credentialed media members’ emails uploaded and ready to go, just in case we reached our maximum. We have found emailing quotes and photos throughout the night expedites the media’s ability to file stories faster and more efficiently. By creating backup templates, we adjusted seamlessly without disturbing the flow of information.

The speed with which this event came together (we usually have months to plan; for this fight, we had weeks) and its magnitude made logistics a challenge. Fight-week event venues we’ve used were too small for the massive media presence. That meant a lot of adjustments, including construction of a massive, Super Bowl-sized media tent.

Since many media members were accustomed to a certain fight-week schedule (press conferences, workouts, weigh-in, etc.), the ability to adjust and communicate changes in plans became key. We sent out an addendum to our normal fight-week media schedule, which included more details than we normally send, such as: credential pickup info, maps to the off-site tent and venue, shuttle bus times, meal schedules and more. The documents were sent via email to credentialed media through the credential company so media members knew the material was official, as opposed to our usual distribution channels.

We also were mentally prepared to be available 24/7 via phone and email to help media adjust to these changes. The last thing we needed was a headline about media missing events because they were unable to find them. Any hiccup where the media was concerned could have reflected badly on us as PR pros. Still, we stuck to our core plans and complaints were few. Just in case, we made a small PR gesture to the media: offering several areas where they could toast marshmallows and choose from a variety of candy bars at lunch. We had never done this before, so it added a fun element to the afternoon.

Plan for The What-Ifs

We conducted daily morning meetings with the entire PR staff (including the UFC, MGM Resorts International, Showtime and more). Every action item included a What-If strategy session. While most scenarios never materialized, the planning ensured we were prepared and ready to accomplish our goals. Scenarios included fighters missing from events, tardiness and media attempting to enter without credentials.