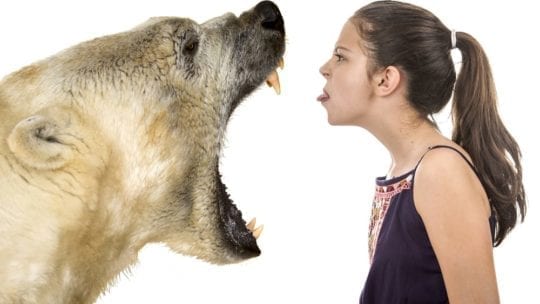 [Editor's Note: "Failure is the mother of success.” Thomas Edison tried thousands of ways to invent the light bulb before he discovered his life-altering solution. Babe Ruth hit 714 home runs, but he retired as baseball's strikeout leader. KFC's Colonel Harland Sanders was 65 when he began selling his fried chicken recipe. It was rejected more than 1,000 times. Howard Schultz approached 242 investors with the idea of franchising a coffee shop. Nearly 220 of them refused the Starbucks concept.

In this PRNEWS series, a  partnership with the Institute for Public Relations, industry leaders share difficult lessons.

In today's essay we hear from former State Farm and Cargill CCO Mike Fernandez about the importance of having the courage to buck trends and ask difficult questions.]

Be fearless. Be brave. Have courage.

There is an overriding tendency to conform, sit back, go along to get along, and accept the norm and the status quo. We also tend to fear controversy and the unknown. All of these tendencies lead to unsatisfactory results in PR.

Advances in everything from scientific discovery to innovative products and even civil rights are – more often than not – the result of someone posing a difficult question and daring to do things differently.

As a 23 year-old press secretary to Senator Ernest “Fritz” Hollings, I disagreed with the approach the 58-year-old senator was taking on a campaign message. I calmly articulated my point of view to him and provided data as to why his approach was unlikely to work. Still convinced that his approach was better, he bellowed: “Fernandez, you are just too damned sensitive.” To which I replied: “Senator, respectfully, you are just too damned insensitive.”

I thought those might be my last words as a Senate press secretary. Brushing up my resume became imperative. Ten minutes later the Senator invited me to lunch. During lunch he asked questions about the data and my approach, which he ultimately adopted.

Some years later, I was at State Farm as CCO. In large measure the company’s success was due to its market share among Baby Boomers. Younger generations were seemingly less loyal to the Good Neighbor© brand.

Yet State Farm would spend more than half a billion dollars annually on advertising to attract new customers using much the same approach it had employed for years. Enter Pam El, State Farm’s marketing chief, and me. As a black female and a Latino, respectively, we were sensitive to the company’s multicultural budgets. We noticed that in lean years multicultural spending for advertising and PR was trimmed.

We made the case to senior management that multicultural was no longer a niche market. It was the market. Communication needed to be culturally relevant and image diverse, even in mass-market appeals. The result was a gain in market share with diverse audiences.

Another example comes from a situation later in my career. I was CCO at Cargill, the world’s largest privately held company. It was obvious the company did not enjoy a great relationship with environmental NGOs, such as Greenpeace and Oxfam. When those groups issued statements about Cargill, the company’s reflex was to treat them as misinformation. Resulting news stories often included a “they said, we said” standoff devoid of understanding or resolution.

I approached the CEO to suggest considering a different approach. My team and I thought that rather than arguing in the news media, it might behoove Cargill to meet its fiercest critics. Within months Cargill not only had sat down with most of its environmental critics, it had improved its relationships.

Do not be afraid to ask probing questions; and, when well informed, do not fear trying something different. Be fearless. Be brave. Have courage.

Mike Fernandez is professor of strategic communication at Boston University, U.S. CEO of LLYC and owner of PENSAR Strategies