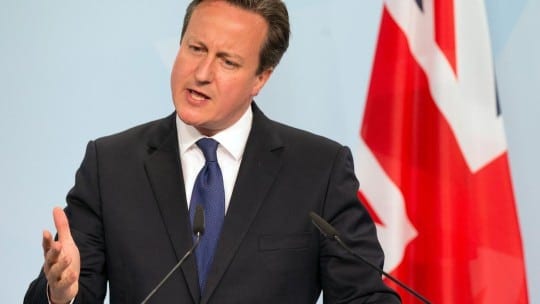 It’s a toss-up. Who was suffering more from delusional thinking last month: UK Prime Minister David Cameron or UC Davis Chancellor Linda Katehi? You’ll have to judge for yourself.

First to Prime Minister Cameron. We didn’t need the Panama Papers to tell the rich and powerful that, in this day and age, if you have something to hide, chances are good it won’t be hidden for long. You might as well put it out there and get on with things.

When 11 million documents from the supposedly private files of Panamanian law firm Mossack Fonseca were leaked to the International Consortium of Investigative Journalists, the collective blood pressure of many of the world’s richest and most powerful people must have skyrocketed.

Within hours of the Panama Papers leak, it was revealed that UK Prime Minister Cameron, who has a long history of railing against individual and corporate tax evaders, was himself touched by the offshore tax shelter scandal. And there’s nothing like a whiff of hypocrisy to get the media frothing at its collective mouth.

Had Cameron come clean at that point, media attention might well have shifted to juicier targets, like Russian President Vladimir Putin. But Cameron, who as a former PR guy should have known better, spent days dodging questions and hedging his answers. Eventually the information spigot from his office opened, but it was agonizingly slow. Information was released drip by drip.

And if there’s anything more irresistible to the media than hypocrisy, it’s a politician who clearly has something to hide.

It took a week before sanity (or a smarter PR advisor than Cameron must have been) convinced him to be forthcoming and release all his tax returns, at which point the media frenzy began to fade.

Sadly Cameron’s credibility as a crusader against tax evasion may have faded as well. 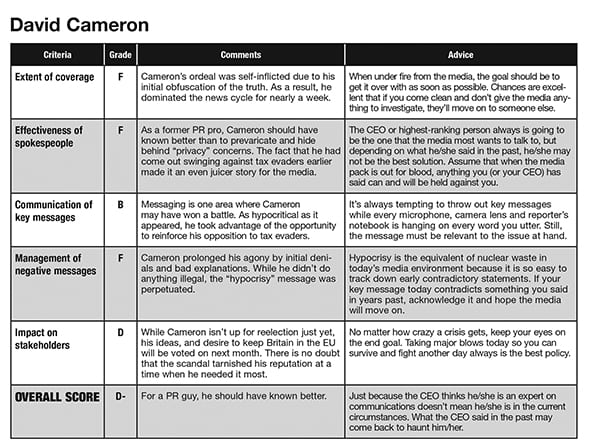 Back in 2011, when UC Davis was beginning to explore social media in earnest, I remember having a conversation with a senior manager about goals for the program. The gist of the manager’s answer was, “I want one of our videos to become viral.”

I replied as I always do, “You become what you measure,” and encouraged UC Davis to implement regular metrics on its YouTube channel.

That manager’s wish was granted just a few weeks later, when in November 2011 a student captured on video a campus police officer pepper-spraying a group of peaceful student protestors. The video went up on YouTube and has been seen by 2.4 million people to date (and counting). It’s also spawned hundreds of parodies.

Fast-forward to April 2016 when enterprising reporters, reviewing newly public documents, discovered the true costs of that episode. Back in 2012 it was reported that each pepper-sprayed student was to receive $30,000 under a $1 million settlement. The police officer also settled ($38,000). With legal fees the total bill was estimated at $2 million. But recently the media learned the university then spent $175,000 in an attempt to get the incident expunged from the Internet.

Almost anyone over the age of 5 should, by now, realize that what gets posted to the Internet never really goes away, no matter how hard you try or how much you pay consultants. (Just now it took me all of three seconds to find the video in question.)

The notion that the chancellor of the university somehow thought that consultants could wave their magic wands and play Mr. Clean to UC Davis’ 2011 embarrassment is the most magical thinking of all.

Is it any surprise that the media and PR professionals greeted these revelations with scorn and renewed calls for Katehi to resign?

Incidentally, the pepper spray incident is far from Katehi’s sole controversy. Just a few weeks ago, Katehi was put on investigatory administrative leave. 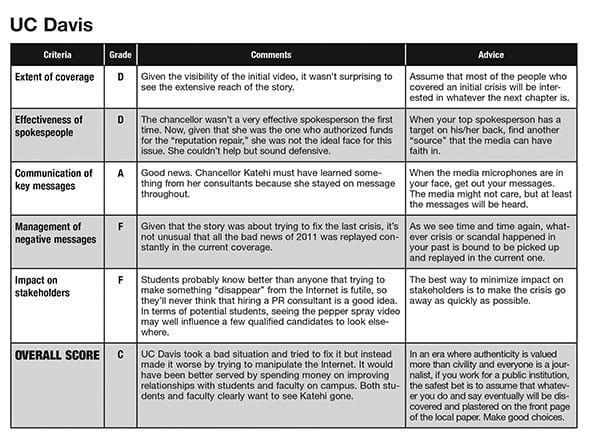