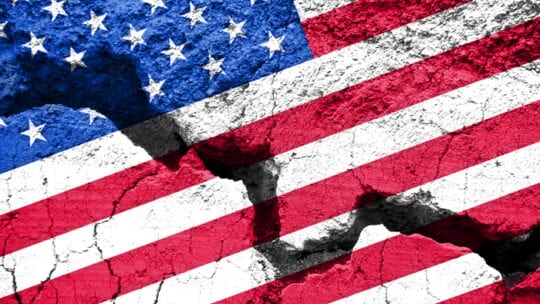 Was there a recent time when communicators had a more confusing ecosystem in which to tell stories? US-based PR pros are working in a climate that includes political fragmentation, a year-old pandemic mired in those political divisions, an erosion of trust in public and private institutions and a meteoric rise in disinformation.
Politics
The country’s political divisions are not new; however, they seem deeper than previously. A segment of the population doesn’t believe the presidential election of 2020 was legitimate. Others concede there’s a new president, but insist the election was stolen. Try crafting narratives in that atmosphere.

Those divisions deepened Jan. 6 as the election drove violence at the Capitol as lawmakers were verifying the election results. Extensive video footage, run often on news networks and available on social media, shows armed rioters breaching security and entering the building.

Still, at least one senator is attempting to dispel describing those who bombarded the Capitol as an “armed” group.

“This didn’t seem like an armed insurrection to me,” the senator said during a radio interview Feb. 15.