Two high-profile B2B CEOs became unlikely cohorts in Twitter’ s 2013 freshman class: Berkshire Hathaway Chairman and CEO Warren Buffett and activist investor, Carl Icahn. Buffett made his first appearance in May when he tweeted, “Warren is in the house.” Since then, the so-called “Oracle of Omaha” has amassed more than 615,000 Twitter devotees from a mere three tweets. Icahn, who joined Twitter in June, later instructed his company to issue a news release in compliance with SEC regulations, which formally notified investors of his plans to use Twitter for disclosures.

Icahn and Buffett typify B2B titans who are late adopters. Attracted by social media’s power to amplify messaging and mitigate any risks, the duo finally made their move into the Twitterverse.

To learn about the principles that guide pioneering B2B CEOs on social media, we turned to four seasoned communicators for their take on how B2B brands can better leverage the social sphere. 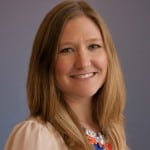 Twitter has proven to be an excellent platform for U.S. Green Building Council (USGBC) president, CEO and founding chair, Rick Fedrizzi. His account complements USGBC’s existing activity on social media by providing a voice for USGBC leadership and allowing stakeholders and community members a transparent level of access directly to the CEO.

Rick has led and participated in several Twitter chats, such as the newest update to the LEED green building rating system and Green Building Week events, generating more than 300 tweets per hour on the specified hashtag.

These chats build credibility, provide valuable insights into what customers and community members are thinking and offer users an access point to engage with Rick directly and ask him any questions, including the tough ones.

There’s no doubt that the fear of hard questions and the general openness of social networks have discouraged C-suite leaders from entering the space. If handled properly, the benefits far outweigh the complications.

Before any live Twitter chat, anticipate the critical questions you may be facing and make sure your CEO is prepared.

Build out support networks with your customer service team, PR team and subject matter experts in your organization. Make sure they are on-point during the chat to put out fires offline or support your CEO with messaging.

This will enable you to turn tough questions into positive PR opportunities and, oftentimes, let an initially disgruntled user walk away with a worthwhile experience.

The central reason for Rick’s success and more than 3,500 followers on Twitter is that he is the voice behind every single tweet on his account. You can spot him taking photos and tweeting from events he attends.

That credibility is crucial on social media, so make sure your CEO is on board to contribute regularly before launching an account on his or her behalf. 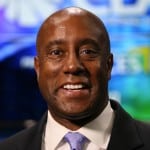 In February Consumer Electronics Association (CEA) President-CEO Gary Shapiro hosted an “Ask Me Anything” (AMA) session on Reddit. AMAs enable Reddit users to engage with high-profile influencers by asking them questions in a live chat format.

The AMA was a unique opportunity for CEA on social media. It allowed us to share our messaging on key issues and showcase some of our values by showcasing Gary’s personality apart from his CEO persona.

It also reinforced his accessibility by making him available to anyone with an Internet connection.

The thought-provoking questions reflected the diversity of the audience, ranging from immigration reform to the International CES, from 3D printing to the future of healthcare in America.

The Reddit user base, skewing male, aged 25-35 (72%) and college educated, fit nicely with the audiences we typically see across our social media platforms. This was reflected in the engagement we received during the hour-long discussion. 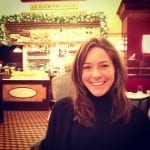 At AMEC, we believe our core values are vital in securing and keeping the trust of our customers and other stakeholders, creating a respected, sustainable, profitable company with strong relationships for the long term.

Our chief executive, Samir Brikho, sees his active presence on social media as an important way of supporting these aims.

It provides new opportunities to lead and communicate, satisfying the ever-increasing demand for transparency. Most important, it enables us to listen.

Still a relatively new player, Samir has set out to establish an authentic voice as a thought leader on Twitter, demonstrating the strength of his values, expertise and knowledge of our industry.

Through his personality and strong views, Samir has also become a brand ambassador for AMEC.

His followers identify with his vision, business insights and global perspective on issues he cares about, such as leadership, STEM (Science, Technology, Engineering and Mathematics) skills development and the importance of creating young engineers. And he is not frightened to draw on his own experiences and personal life.

Quite naturally, it took some time to arrive at the tone and frequency that best resonated with his followers and strategy. Quality over quantity and authenticity have been the keys to his success on Twitter. 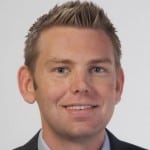 “ Social media really only works with popular consumer brands, ” and “ Even if it does work in B2B, it only works with major corporations, ” are the two main arguments against C-level execs using social channels.

But those weren’t the objections heard from our leadership team when we first made an effort to be more social.

Our executives wanted to be more social. But they didn’t know how to find content that was really worth sharing and didn’t think they could find the time to do so.

We started to address their concerns by developing and beginning to execute a content strategy tailored to our target audiences.

Then, we made it as easy as possible. It would be naïve to tell our executives to “make the time” to be more social. Instead, we set up a process in which our social marketing expert emails our C-suite daily with relevant content to share on Facebook, LinkedIn and Twitter.

Not only does he suggest content to share, he includes links that generate pre-populated messages for each network (though we encourage customization if time permits), so it takes no more than 20 seconds to share meaningful information. I now call it our “social enablement” program, which has resulted in a powerfully social C-suite. PRN

This article appeared in the September 9 issue of PR News. Subscribe to PR News today to receive weekly comprehensive coverage of the most fundamental PR topics from visual storytelling to crisis management to media training.