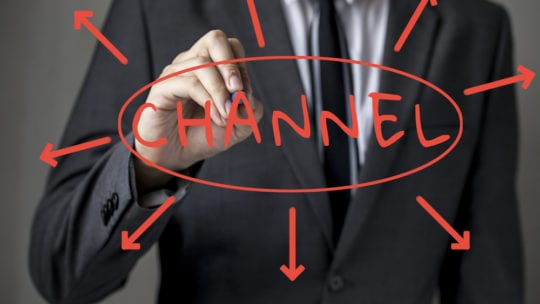 Adopting the Paid, Earned, Shared and Owned model of multi-channel Media Relations (PESO), coined by marketer and Spin Sucks author Gini Deitrich,  to your communications strategy can often bring more questions than answers. Do all arms of this multi-channel approach need to be firing at once? Are they all necessary? When is the right time to activate different channels, and merge them, in the interest of triggering the desired audience behavior?

Michael Toner, vice president of digital strategy at Business Wire, understands that using Deitrich's PESO model, or any multi-channel media relations approach, is a crucial part of what marketers mean when they speak of an 'always-on' customer-based content marketing strategy.

At the Dec. 2019 PRNEWS' Media Relations conference in Washington, D.C., Toner talked about the changing world of media relations in a digital landscape, why a multi-channel approach incorporating both marketing and PR is the path to making it happen, and how to make your multi-channel game seamless.

“These are concentric circles, but they are traditionally owned by different departments," Toner said. "I had success, from a marketing perspective, walking down the hallway and working with my corporate communications or PR colleagues. Something to think about when it comes to the PESO model—be conscious of those concentric circles. That takes you walking down the hallway to create those overlaps.”

In the video of Toner's presentation below, he shares examples of how digital assets can tie various strands, and departments, together in pursuit of a holistic multi-channel strategy.

Often, Toner said, something that seems esoteric to PR and marketing is worth both departments taking the time to understand. He offered a robust example by explaining the Urchin Tracking Module, or UTM codes. These are the tags that are added at the end of a website or content piece's URL. Though they often appear to string of random words and symbols, they are actually tags sent back to Google Analytics or other measurement tools for detailed tracking.

Toner offered an example wherein UTM codes can help PR understand the performance of a press release. "Because the press release went out, and the tweets went out from the corporate communications Twitter handle, [they] are now going to be pulled into the whole campaign analytics to give me one holistic view of how anyone and everyone consumed that content,” he said.

Different departmental goals can work toward the same larger strategy

In conversation prior to the media relations conference, Toner said that one way to understand how multiple channels can interact around the overlapping goals of both teams is by thinking of things in terms of levers—not just between different channels, but often within the same channel itself.

"When you get into the paid space, starting with the first 'P', there’s paid on all of the different channels, from Facebook to display advertising to paid search to LinkedIn and Inmail," he said. "Now you’re getting into channel-specific paid levers. So yeah, when you’re going to create a campaign knowing what the goal is, every department is coming at it with a different goal."

"You can, when done right, accomplish all goals across all channels by pulling the right levers in the right order, streaming things along as a journey. It’s another buzz phrase, but trying to put that into perspective, every campaign can and should be packaged as an asynchronous effort."

What does he mean by that? Toner offered an example of a Valentine's Day campaign, citing a big trend in the marketplace—packaging features and campaigns around holidays or public events. It may work for some brands, but only when the timed campaign aligns with its goals. The point is, such holidays don't live in a vacuum. A goal, fulfilled independent of a larger journey, isn't always effective on its own.

"Not just the single ingredient, but the recipe..."

When speaking with Toner, we kept returning to the word "behavior."

Toner offered up an example of the work he does at Business Wire. In the example, his desired goal was to have someone search for press release distribution, then show up on BW's website and download its white paper. But once that white paper is downloaded, another marketing and communications activity is triggered—a series of emails pertaining specifically to the topic they've just downloaded. That has another behavioral aim still—getting them to register for a webinar. This cycle continued on, with Toner stringing together four behavior triggers with a defined goal.

"You always hear the concept that every piece of content should have a specific goal in mind," he said. " A white paper should get you to do something, to take a specific action behind it. Every Facebook ad should have a clear call to action. But I think about the mix of that content. Not just the single ingredient, but the recipe."

Why a well-executed multi-channel journey feels so magical

"That idea of a journey, if it’s so tightly integrated and all the channel mixes are working together to successfully elicit the behavior that triggers the next marketing activity," said Toner, "is that person going through it feels that it is being self-discovered, that they are getting the order of events in the order that they need to be discovering them—not that they are being handed to them."

"There’s this concept that they are discovering it for themselves, which is a really finite, powerful, single-channel example of exactly what we’re talking about," he continued.  "To successfully build an integrated communications strategy where that same effect can take place across every paid, earned, social and owned channel where that person can feel that it has been discovered for themselves."

This article was edited to more clearly attribute the PESO model to its creator, Gini Deitrich.