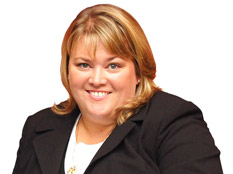 Carreen Winters’ outstanding efforts to enrich her field have not only won her PR campaigns 22 awards to date and contributed to a 22% growth of MWW's corporate communications practice over the last year, but also make her a model of excellence as a public relations communicator.

In 2012 Winters launched efforts to further increase her position as a thought leader in the industry. "Return on Reputation" would be the go-to blog for access to candid, expert insights on the hottest and most relevant topics. This year Winters led the agency's thought leadership around the Social CEO and reputation management, particularly through the blog. Other topics Winters has touched on: CEOs' reputation translating into shareholder value; leadership lessons from the national conventions; and why it is so important for a CEO to become social.

Her unique insights and point of view have helped the blog become an industry favorite. Since the launch of Winters’ efforts at the beginning of 2012, Return on Reputation has seen 24,250 unique visitors to the site, an increase from 12,593 unique visitors for the entirety of 2011. —Scott Van Camp