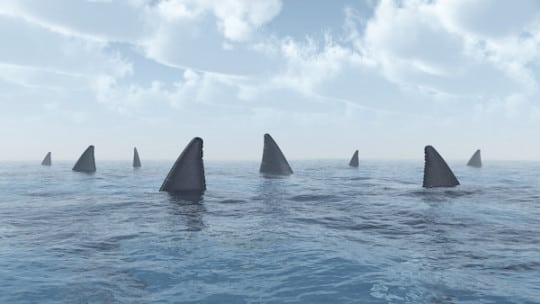 Specializing in crisis management wasn't always considered as normal as it is today. It was considered a bit offbeat 30 years ago. 1987 was a year that saw a massive stock market crash on Black Monday and the first airing of The Simpsons on The Tracey Ullman Show. Were there enough crises on which to base a business? Wouldn’t clients in crisis just use their existing corporate PR firms? And what was crisis management anyway?

Three decades later the specialty finds itself in, well, crisis. Technology and the rise of the digital age have changed everything, to the point where many crises are unmanageable.

Yet crisis managers seem to be everywhere, equipped with clever sounding clichés (“Get ahead of the story”), management advice (“Fire the CEO!”) and the hyper-evangelization of social media.

Philosophical: This is a diagnostic error, the belief that reputational and business crises are communication problems rather than fundamental conflicts between adverse parties. A corporate PR chief asked me not to use the phrase “adversaries” when meeting with his CEO to describe hostile parties coming after them. “We don’t have adversaries,” the PR chief said. “We have stakeholders.” Oh.

After explaining I would be of no value if I deliberately misdiagnosed the situation, I proceeded to call it honestly. The CEO and general counsel liked my assessment; the PR chief was less enthusiastic.

These different reactions speak to the diagnostic error occurring: crises do not necessarily arise because companies are miscommunicating to “stakeholders.” Often companies are under siege from calculated attacks where today’s tools of communication inherently benefit those with complaints that are emotionally resonant.

The crisis management field belongs less in the PR business than it does in an amalgam of management consulting and journalism. As crisis professionals we have an obligation to see where things are headed as opposed to stubbornly suggesting a company can tweet its way out of a product recall.

Technological: Brands under attack cannot wholly control social media despite advisors habitually telling them they can. Clients are starting to take notice. Three years ago, any 20-something invoking social media was hailed as a genius. Top executives, terrified of looking obsolete, cheered on the charade. Today, after the knee-jerk deployment of social media has burned several executives, these same businesspeople are asking digital proselytizers exactly what they hope social media will accomplish.

Ethical: This challenge is anchored in consultants giving advice based on what can be billed, and occasionally fantasy. The crisis discipline is a hotbed of obscene over-promising, which is why my dictum to colleagues is “We never want to be the first hired crisis management firm.” The first firm usually gets fired either because it promised results it couldn’t deliver or because firing is today’s favorite crisis management device.

I was on a call recently with a menagerie of PR consultants. The client was a loathed company with a problem as terrible as any I’ve seen. One consultant, predictably, and with great salesmanship, promised to get a major media outlet to “tell your side of the story.” The media outlet, of course, rejected the pitch, but the firm billed a fortune.

Is it ethical to continue to peddle advice that is good for billings and may make a client feel better but in the end either doesn’t work or makes matters worse?

I have seen clients sold on countless programs that make gratuitous use of the word “transparency,” even though they haven’t the remotest intention of being transparent nor would being so help achieve business goals.

If I am so skeptical about the crisis management discipline, why do I still do it? I take the cases where I think I can help.

The crisis discipline has taken many forms over 30 years. It now stands at a crossroads. The rise of the digital world continues to pervade all forms of communications and business, intensifying the speed at which information travels and the destructive form it takes.

If crisis communications is to thrive in this new environment we must provide advice based on achievable results, the limits of communications in damage control, and wave goodbye to the abstract communications clichés that serve little purpose other than filling time sheets.