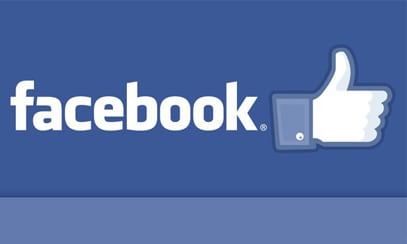 Between August 2013 and August 2014, the number of mobile Facebook users grew by more than 30 percent, and now more than a billion people use the social network on a mobile device each month. During that same period, Facebook's mobile ad revenue grew as well, and it currently accounts for 59 percent of the company's total revenue.

These numbers are not surprising. Mobile devices and high-speed mobile network adoption have become pervasive. And Facebook has been at the forefront of this movement, working with a mobile-first mentality for years now.

For publishers and brands who rely on desktop-based or even print-based models, the use of smaller screens represents a big problem, and not many of them have found good ways to deliver their content on mobile devices while still making money. Visit your favorite news source's mobile site or use its app and you'll understand what I'm talking about. Each one is set up a bit differently in terms of navigation and reading space, and ads can be obtrusive and painfully slow-loading. On Facebook, the layout is familiar, and ads—which are generally fewer—load quicker in less prominent spaces.

David Carr points out that Facebook has been on a listening tour of sorts as of late, visiting with publishers to hear about their mobile woes. One of the more interesting fixes Facebook has suggested would place it as a middle-man between publishers and readers. In this setup, publishers would send content to Facebook, and that content would live inside the social network’s mobile app and be hosted on its servers. Users would not need to leave Facebook in order to view whole pieces of content, and the social network and the publisher would share the revenue generated by that content. "Media companies would essentially be serfs in a kingdom that Facebook owns," Carr waxes.

For marketing and PR professionals, this Facebook-first approach is one to watch, as it will bring with it a host of new media relations problems. As the final product changes—in this case from an article on a publisher's Website to an article on Facebook—so must the process of getting your brand or organization featured in that final product.

Publishers relinquishing control of their distribution method may seem unlikely now, but having a reliable high-speed Internet connection in your pocket seemed pretty unlikely just a few years ago, too. For publishers, going to where the people are has never been a bad idea—and they are undoubtedly on Facebook on their mobile devices.