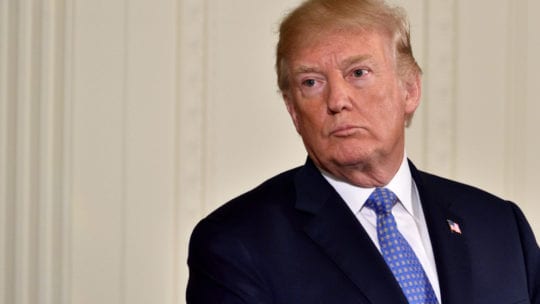 I will be leaving the great Walter Reed Medical Center today at 6:30 P.M. Feeling really good! Don’t be afraid of Covid. Don’t let it dominate your life. We have developed, under the Trump Administration, some really great drugs & knowledge. I feel better than I did 20 years ago!

The president has been managing his daily workload as usual, according to White House videos and photos. Subsequently, Trump is delivering an image of normalcy to the media and public. However, few details of his infection are known. Clarity has been marred by contrasting information (see Dr. Sean Conley and Chief of Staff Mark Meadows) and a lack of transparent detail from the White House, leading much of the media to speculate and drum up outside sources.

PR takeaway: When you leave holes in a story, the media will find a way to fill them.

From a PR viewpoint, the White House's bad weekend was made worse owing to existing issues with public trust. For example, 68 percent of those surveyed do not trust what President Trump says about the coronavirus, according to a recent ABC News/Ipsos poll.

With the death of some 210,000 Americans to coronavirus since March, the media continues to issue daily tributes to the deceased. To the American public, it may seem odd to see the president riding around in a car while supposedly undergoing treatment at Walter Reed, or to hear how well he is doing after only a couple days in a hospital.

That Presidential SUV is not only bulletproof, but hermetically sealed against chemical attack. The risk of COVID19 transmission inside is as high as it gets outside of medical procedures. The irresponsibility is astounding. My thoughts are with the Secret Service forced to play.

True, the president has access to experimental treatments that the average citizen may not, but the allegedly short course of his illness could lead some to be skeptical after what they’ve seen regarding the virus for so many months.

Online, some questioned if he even had the virus after his positive test announcement, showcasing a serious lack of belief in the White House. Only 20 percent of citizens trust the federal government, according to a Pew Research study last month.

Learning From the Past

The White House might take a page from former President Ronald Reagan. While in office, Reagan not only dealt with an assassination attempt that led him to emergency surgery, but also a bout with colon cancer. His daughter, Patti Davis, penned a recent piece for The Washington Post, remembering the potent detail delivered to the press with each incident, and the importance of that information.

“Now the country is confronted with a president suffering from a potentially deadly virus,” Davis wrote. “Instead of accurate and complete information, Americans are receiving only sketchy details and evasive answers. 'It’s a common medical practice that you want to convey confidence,' White House communications director Alyssa Farah told Fox News Sunday. This fundamentally misunderstands the challenge and the role of medical briefings: It is not to reassure either the patient or the American people, it is to provide them with clear and reliable information.”

Davis goes on to recollect how a friend of hers responded to vigorous, detailed updates on the former president’s progress.

“In 1985, when my father had colon cancer surgery, aides so thoroughly informed the country, even having a cancer specialist step forward, that a friend of mine said, 'I’m so tired of hearing about your father’s intestines.'”

Intestines or COVID-19, the audience responds better to an over-abundance of detail. That way they are not left to their own devices to speculate on theories and seek outside sources for information.