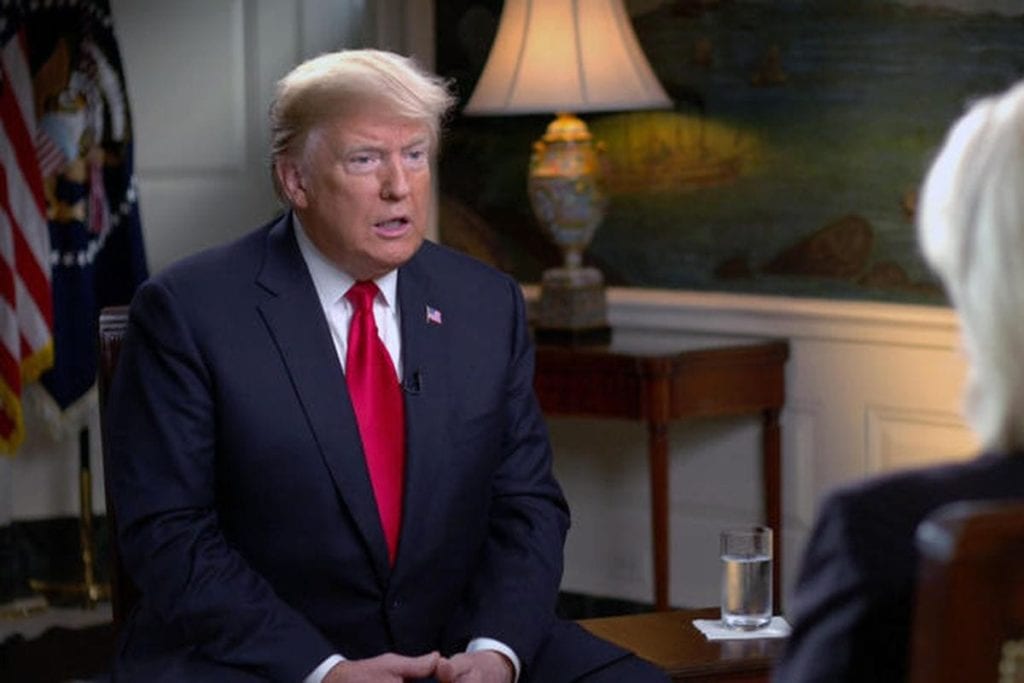 Many Americans awakened this morning to the news that the First Couple has tested positive for the novel coronavirus. The president tweeted the news a bit before 1 a.m. ET.

Tonight, @FLOTUS and I tested positive for COVID-19. We will begin our quarantine and recovery process immediately. We will get through this TOGETHER!

The president, calling in to Fox News Channel’s “Hannity,” confirmed that story, a bit after 9 p.m. ET. Around this time, the president tweeted the news about Hicks, adding that he and the First Lady were awaiting results of their tests. “In the meantime, we will begin our quarantine process!” he tweeted.

Hope Hicks, who has been working so hard without even taking a small break, has just tested positive for Covid 19. Terrible! The First Lady and I are waiting for our test results. In the meantime, we will begin our quarantine process!

At that point, the White House should have released a statement or held a briefing. Instead, it was a case of the drip, drip, drip method of relaying news, one that most PR pros decry. Better to issue a statement. If you lack complete information, relay that fact and say you will brief the media when more information becomes available.

Instead, the president’s 9 p.m. tweet marked the beginning of a long evening of speculation, with a smattering of reporting. Numerous White House reporters came on cable news to offer a variation on, ‘No advisor is closer to the president than Hicks. Nobody spends more time around the president and in closer proximity to him.’ One reporter mentioned that Hicks, unlike other White House officials, sometimes wears a mask.

The networks were scrambling, waking reporters, national security experts and physicians. Networks called in doctors to speculate on how likely it was that the virus had infected the president. Most answered this hypothetical well, noting it was impossible to say.

Inevitably, doctors were asked to speculate about how much safer the situation would be had the president and West Wing officials donned masks. Medical experts were surer on that question. Next, the president's age and weight were mentioned when talk turned to comorbidity.

Reporters noted other clues were dropped Thursday. For example, the president’s traveling party for a fundraiser Thursday and on Wednesday to the Midwest, appeared unusually light. For example, press secretary Kayleigh McEnany did not make the trips.

The networks put on a nearly continuous loop of footage of Hicks, and fellow advisors Jared Kushner and Dan Scavino, crowding in to Marine One, the presidential helicopter, on Wednesday. Reporters speculated about whether or not the officials donned masks while in the helicopter.

From about 9 until nearly midnight ET, the news networks tap danced. There was no word from the White House about the condition of the world's most powerful person. Social media had a field day. Much of it wasn't pretty.

At midnight, cable news networks MSNBC and CNN extended their late-night shows, “The 11th Hour with Brian Williams” and “CNN Tonight with Don Lemon,” respectively, in anticipation of the First Couple’s test results.

At 1 a.m., MSNBC and CNN announced the First Couple tested positive. A tweet from the president followed shortly thereafter.

In addition, the White House, commendably, issued a memo from Sean Conley, the president’s physician. It was the most complete information about the situation the media, nation and world had in hours. At around 10:30 this morning, White House chief of staff Mark Meadows briefed media outdoors. He failed to wear a mask.

Clearly, plenty of speculation, and perhaps even some hard news, will rule today. The early-morning news show pundits blasted McEnany for attending the White House briefing yesterday without a mask. "She put the White House press corps in danger," one pundit said. Later this morning, some media reports said McEnany was not informed about Hicks' condition prior to the briefing. As we write, this part of the story, like many others, seems fluid.

I’m told a small group of officials were aware Thursday a.m. that Hope Hicks had tested positive. Despite that, President Trump traveled to New Jersey for a fundraiser and his press secretary held a briefing.

From an apolitical, PR viewpoint, subsequent stories about the events of the past 24 hours likely will center on transparency, a hallmark of PR. There will be a great deal of ‘What did the president know about the medical status of Hicks and himself, and when did he know it?’

Did he attend yesterday’s fundraiser in NJ with the knowledge that Hicks, one of his closest advisers, was infected? When was he tested and how many times? When did McEnany know Hicks was infected? If it was prior to the press briefing, why didn't she inform the press and the nation? Was it a matter of Hicks' privacy? Was the president sick during Tuesday's debate with former VP Joe Biden? When was the Biden camp informed?

Again, speaking from a PR point of view, it appears the situation could have been handled better. A more forthcoming attitude to informing the public was needed.