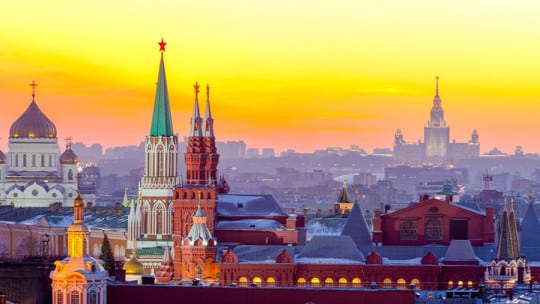 (Moscow) Experts are predicting growth in the Russian economy after several years of recession. As a result, IKEA, Mars and other multinationals are expanding their local businesses. While GDP growth and inflation forecasts may vary, if you want to land PR work in the Russian market, it’s worth considering how global communications trends play out here.

As opposed to other countries, in Russia the barriers to pitching traditional media are relatively high. First, the number of media outlets is relatively small. Second, there’s tension between journalists and PR pros. Russian journalists have a somewhat negative perception of brands. Mentioning a company or a product, which is very natural in U.S. or European media, often is seen as unacceptable in Russia.

This creates an opportunity for brands creating content. Native ads and branded content can combat the editorial filter of journalists’ perceptions. As you know, of course, brands no longer need a publisher to reach audiences; they can be their own publisher. But content production must be done well. Until now, most native campaigns were unique stories that brands created. Native ad agencies have just started to appear in Russia. It will be interesting to see how large a share of ad budgets they garner.

As elsewhere, young people in Russia are neo-digital natives. As opposed to their predecessors, not only were they born connected, they’ve shifted to mobile platforms, use emojis instead of texting and have a very different attitude toward brands than their parents.

In March 2017, Sberbank, Russia's largest bank, published a survey about the views of the country’s Generation Z. One of the most important findings was that brand loyalty no longer exists. In addition, Russian centennials lack long-term plans; they also are skeptical about the future. As a result brands that talk about having fun in the moment are more relevant.

As in other parts of the world, the number of internet users is growing rapidly in Russia and are overloaded with information. The Sberbank study notes the average attention span of centennials is 8 seconds. Advertisers will either adapt to this reality or perish.

A big difference in Russia’s media landscape from that of many other countries is the smaller number of players addressing societal issues. In Russia, public service announcements are rare. Studies show that along with an improving quality of middle-class life comes a growing demand for charitable and philanthropic initiatives. So there is an opportunity for brands here. A good example is Pedigree’s pUp Syndrome campaign, which draws attention to integrating people with Down Syndrome into society.

Dmitry Korobkov is founder/chairman of ADV. Contact him at: LAghayan@golinrussia.ru