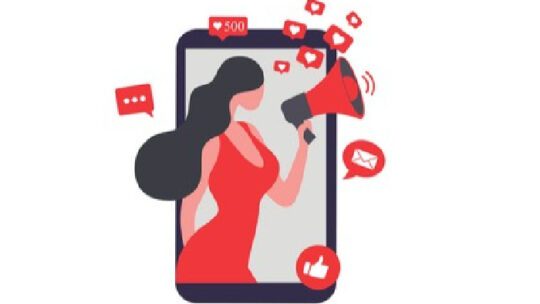 Below is an abridged version of the conversation, which focuses on influencer strategy and the role that influencers play in a 360-degree media approach.]

PRNEWS: A September 2022 study from the Pew Research Center shows more than half of U.S. adults occasionally get news from social media...But it's no longer just about the context of news or information delivered. It's also about how it's packaged and received. So, embracing emerging media is a necessity...First, how do you define an emerging media platform?

Priscila Martinez: It varies…but I think we can agree anything that isn't traditional, meaning your newspaper, broadcast, dailies and monthlies, we can think about them as emerging media. Anything we weren't doing in PR 20 years ago is definitely in that category....

Emily Mekstan: Gone are the days of putting out a press release and just wait[ing for press pickup]. Especially in the last three years during COVID. There's an influx of emerging media entities that you can use to get your word out.

…Everything from using influencers to going to LinkedIn Live to get mass news out, to doing things like SMTs and traditional interviews. If you don't have all the tools in your toolbox, you're missing a big chunk of your audience….

PRNEWS: With a lot of emerging media platforms the main issue is trust…and it's been a fight for a lot of these platforms to convince the public that the information [on them] is from trusted resources….

…We're very fortunate that pharmacists are one of the top five most-trusted professions in the United States. So [we] leverag[e] our assets….

Martinez: As communicators, we take our job of figuring out what's a trusted source very seriously... So you use a plethora of tools...like software [and] personal relationships.

There are many steps before we [recommend an influencer], but once we do, it's incredibly important that they're trustworthy [and] disseminating information that is correct. And also, that it's a personality we know we're going to be proud to stand behind because of what values they have and what things they have talked about in the past….

PRNEWS: There are a lot of PR crises involving influencers…How do you train influencers to provide correct information? And how do you monitor that as you're working with them?

Martinez: Before we even engage an influencer, there's a lot of research that happens at the front end….

Once they are engaged, there's a process where they are immersed in whatever project we are bringing them on to. There is a little bit of training...sharing important messaging points, getting them to stand behind the mission, making them understand what's special about the brand that they're about to engage with….

As much as we would like for every influencer to be intimately aware of everything that the brand we're bringing to them is doing, it doesn't really happen. So, it really is our job as communicators to create that educational moment….

Mekstan: …You have to have your non-negotiables up front. What [lines] are you not willing to cross? And then contracting [influencers] to understand that has proven to be an incredibly essential tool…. Sometimes it means we're not going to use these particular influencers or this particular platform….

Yes, traditionally, a 360-approach today involves influencers, but you don't always necessarily need to use them. [You need to know] when is the right time to pull that lever…

PRNEWS: When people think of influencers, a lot of them think about beauty or fashion influencers. Especially during COVID, influencers took on different types than normal.

Martinez: With the advent of TikTok, you see a lot of people who are in very niche sectors, and they're claiming their voice and becoming a trusted voice in that industry…

Mekstan: …As you're looking at your influencer plan, you also need to look at who follows them.

We have done some work around thinking that a particular influencer would hit a market or a demographic just based on themselves. But…look at the audience makeup of who follows them…how do we bring them into the fold?

PRNEWS: There was a story recently that TikTok is becoming more searchable for information than Google....

Martinez: I talk to young publicists [in my office]...about something in the news...and you ask where did they get their source…it's always TikTok….

Emerging media…has a very strong hold on what we're doing as communicators. And the quicker we adopt [to] it, the quicker we figure out tactics to talk to those audiences effectively to be authentic…and the sooner that we stop being afraid of emerging media…the faster that we become nimble and figure out how to create winning strategies across those different verticals, the better we're going to be at our job.

PRNEWS: …A lot of people haven't gotten into the influencer [space]… so some of the questions that we're seeing ask for any tips on building relationships with influencers.

Martinez: …The way that you start building trust and relationships is being very upfront about what your needs are...when you're approaching them. But also being incredibly respectful.

…If, when you come to them, you know what type of content they're likely to post…what other brands they've interacted with…they know that you did your homework.

…Another more practical tip...is making sure [you] hit them during milestones. They don't just want to hear from you when you are asking something of them. So, if you notice that they put up a post about being engaged, maybe send a really nice message or a gift, if you're able to...that goes a really long way in creating genuine relationships.

Mekstan: I don't think it's any dissimilar than developing a relationship with a reporter…

If you're reading a reporter...when you pitch...allud[e] to something...they've covered. Or you happen to be in New York, you want to go grab a coffee with them. It's the same type of experience….

PRNEWS: We talked a little bit about trust. What's a good way to build trust with emerging media platforms? I see things that repeat misinformation or disinformation. And that makes us leery to get involved with them. So how do you decide, okay, we're going to do this?

Mekstan: …We're not suggesting that you go all the way to a TikTok strategy. If you haven't put your toe into influencer [marketing]…try one or two, see what it looks like. Maybe use a more lukewarm message to start. Get yourself and your business partners comfortable with the idea of it; then you can start to build from there.

…Testing, trying and starting off small is probably my biggest recommendation. Because once you go big, you can't pull back. And it's got to be something that you feel really confident about.

Martinez: I agree with Emily; test and learn. Also, see internally how the organization is responding. [See] if it's something [where] they saw an uptick in conversion as a result of engaging in a certain platform or...influencer.

PRNEWS: What do you think about balancing traditional and emerging [media]?

Martinez: …If we think back on conversations that are being had in emerging media, [many]...started in a traditional media platform. Everything from hard-hitting news that people will glom on to and then start getting their own spin on TikTok or posting it up to Reddit and then seeing threads of thousands of people commenting underneath the news....

Serious journalists will always exist…The really good journalists and great outlets are starting those conversations on emerging media platforms…Even in the world of celebrity, you will see a big outlet break news and then it takes a life of its own with these personalities who have a big following on TikTok….

Mekstan: As you think about what your intention is for the story, it's not an or...it's an and…

… You've got to look at your objective. Where do you want to start that conversation? Because if you start it in emerging media, you have some risk if you're not seasoned at that.

Meanwhile, if you have really solid relationships with CNN, Fox, "Good Morning America" and you start conversations there, they'll be picked up by emerging media, but they'll find their own slant.

So, really, it's how you want to launch your news and where is the audience.