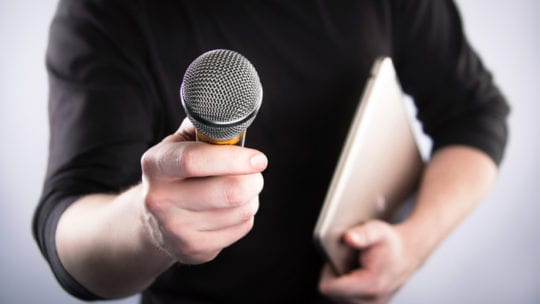 The next time you tune in a sport telecast, the PR pro in you should realize you’re watching more than a pitcher throwing 100 mph fastballs, football quarterbacks throwing passes or basketball players sinking a three pointer. You also are getting a free PR tutorial.

Prior to the beginning of the season, commentators are prone to exaggerate the potential of teams they cover. In some cases, announcers are team employees. When the team's season is unsuccessful, the result is a disappointed fan base and the announcers' credibility suffers.

Similarly, promise realistic results as you practice PR. Avoid telling an executive or a client, This program is so newsworthy that there will not be any problem achieving continuous major media stories.

Lesson: Overpromising results when selling a program can be disastrous to relationship building if  results are underwhelming. It’s better to underplay what you think is possible, and if better than anticipated results occur it will be a happy surprise.

The Situation: Believing the Hype

Sports commentators embellish certain athletes' popularity, which sports fanatics, some of whom are PR pros, accept as fact. Playing off a sports commentator’s embellishments, star-struck communicators assure those they represent that using a much-heralded athlete as a spokesperson is a certain success.

Lesson: Using athletes as brand spokespersons to achieve product visibility through media interviews can produce less-than-satisfactory results. That's because media interviews usually revolve around the athlete’s on-field achievements. Your company's talking points may not be included.

Instead, PR pros should use spokespeople who are knowledgeable about the product, which will result in meaningful publicity instead of publicity for publicity’s sake.

The lesson above leads to the next example. Your company wants an athlete as a marketing and PR  spokesperson. Goals include the athlete hawking your products during media interviews. Talent agencies limit suggestions to current athletes seen on TV.

Lesson: Reporters see current athletes on a daily basis. Thus, it's unlikely a beat reporter will write a sponsorship story. Instead, it will appear in the trades or marketing columns. If consumer publicity is the object, a better choice is to suggest a well-known, retired athlete.

Veteran viewers of TV sports are aware how often commentators refer to retired athletes. That’s because nostalgia is a big part of sports. Offering a retired star is certain to interest sports reporters. Moreover, journalists understand why your company hired a revered old timer. The writer is more likely to include a talking point or two in stories.

While the above examples apply to a limited number of PR pros, there are important nuts-and-bolts takeaways here that are standard practice for all media relations pros.

While watching sports on television provides many PR lessons, there's one thing some announcers do that you should never emulate. When a team an announcer covers fails badly, some broadcasters make excuses for the poor play.

Communicators should never make excuses when a PR effort turns sour. Instead, the savvy PR pro should suggest improvements and explain why she's making such recommendations. Too many PR pros continue with a program long after it goes south, hoping things will improve.

Switching back to athletics, approach sports-related accounts as if you are promoting something far more prosaic, such as chewing gum. Certainly have enthusiasm for your work, but never let emotions dictate your reasoning.

For example, when negotiating with Major League Baseball about getting more recognition for a national sponsor, a colleague, who was a sports fanatic, told me, You have to understand [MLB's] position.

That was the last time I took this colleague to a negotiation.

So, when choosing communication or marketing staffers for sports-related accounts, it’s best to avoid sports fanatics. For the most part, companies see sports promotion dispassionately, as a business decision. However, most will not admit this in public.

Several times companies have asked for removal from their accounts of PR pros who are sports fanatics. The problem was that these staffers approached sports-related work as fans, not as business professionals. As a result, I try my best to avoid having fanatics do sports-related work. I suggest you do, too.

Arthur Solomon was an SVP/senior counselor at Burson-Marsteller. A former journalist, he was on the Seoul Peace Prize nominating committee. Reach him: [email protected]