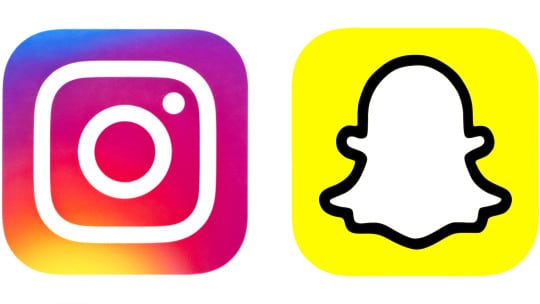 The battle between Instagram and Snapchat for more users and marketing dollars continues its heated pace.

This morning, Snapchat introduced a new marketing tool called Context Cards, giving Snapchat users a way to get instant information about a business featured in a Snap. For instance, if somebody Snaps a picture of their food at a restaurant, a user can get instant access to reviews of that restaurant and the ability to make reservations. Or if somebody snaps a picture from a festival, a user can hail an Uber or Lyft to take them there. A snap from a hotel will give you the option to make a reservation.

The feature is powered by Snapchat partners like TripAdvisor, Goop, Foursquare and Michelin. The marketing possibilities for brands trying to engage Snapchat users are obvious, allowing for greater brand discovery and engagement. The new feature may be a game-changer in Snapchat's battle to win more marketing dollars.

But for businesses assessing the effectiveness of each platform, bigger certainly doesn’t mean better—the real question is "who are you trying to reach and where do they live?" says Carmen Collins, the social media lead for Cisco’s talent brand team.

“The rumors of Snapchat’s death are greatly exaggerated. Snapchat may not be growing its user base as fast now that Instagram is wearing the same clothes, but each platform definitely has a different audience and requires a different content strategy,” Collins says. “Snapchat still reigns supreme in certain demographics, like that key 17-to-24 age group. So it’s not a question of which platform is better, it’s a question of which platform is better for you and your message, and the answer may be both.”

For its part, Instagram announced a couple of new features in the last week, including an interactive polling sticker for Stories (that closely resembles Snapchat’s third-party Polly feature), allowing users to ask their followers questions and see results in real time. And Facebook announced the ability to cross-post Instagram Stories to Facebook Stories, a feature that was available to a select group of users and is now being rolled out to everybody. While Facebook Stories isn’t available for businesses, it’s probably just a matter of time before that option becomes available for commercial interests.