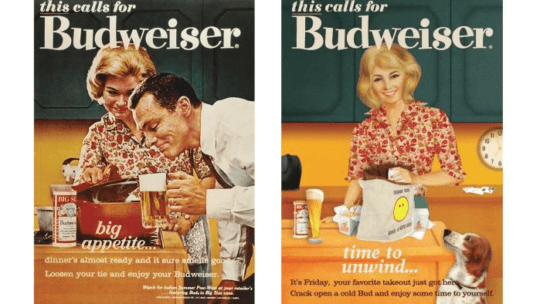 Many marketers continue to operate with the idea that American family ideals of the past are relevant in targeting female demographics. But this tactic falls flat for many—if not most—modern women. Worse, it lacks the essential “why” that makes any story worth hearing.

For the better part of the century,  women have been underrepresented in every corner of the market. Instead they've been plastered into the rigid roles of the cleaning moms, loyal wives, and unintelligent accessories to men. This inequality has been expressed through hyper-sexualized ads and subtler degradation in the mainstream media.

So, how will PR respond to this change, heated by the fury of millions of women exhausted from being inaccurately characterized and appealed to?

The third-wave feminist movement and #MeToo have transitioned from a social justice initiative to precious marketing cargo. With “Femvertising” specifically appealing to female audiences, and European nations taking legal steps to eliminate sexism in advertising, gender equality is more than a hot topic. It’s an opportunity for newfound thought leadership built on a strong foundation of strategic culture marketing.

Though men have dominated since advertising's beginning, making Femvertising tougher for teams to master, it is more imperative now that marketers understand the issues affecting women if they want to stand out from the noise.

Audiences look to younger women to lead by example

In a SheKnows Femvertising survey, four of five women thought it was important for younger generations to see a positive portrayal of women. In addition, brands should be held responsible for using advertising to promote positive messages about women and girls, 71 percent said.

On the gendered axis of marketing, companies can align themselves at different points, creating a polarized spectrum of bias. On the outwardly offensive end of the spectrum are 21st-century AXE Body Spray ads enabling submissive female stereotypes through hyper-sexualized imagery. Similarly there's a recent Reebok ad with the tagline, “cheat on your girlfriend, not your workout.”

Storytelling is great—but whose story?

Storytelling is the heartbeat of marketing. Yet there’s an untold narrative of families of  diverse race and age, single working mothers, and frustrated millennials who feel hyper-masculinity has integrated itself into society for far too long. As the brave advocates of the #MeToo movement push forward and modern communication channels increase demand for accountability, women can articulate opposition to inauthentic “Femvertising” attempts.

The goal of Femvertising, and more specifically of initiatives like the Association of National Advertisers’ #SeeHer campaign, is to raise the bar when portraying women in the media. Programs like this and the U.N. Women's initiation of the Unstereotype Alliance aim to alleviate the media's gender bias.

It's all about creating a genuine connection with your audience

Establishing genuine connection through a contemporary channel like Femvertising can be particularly challenging without internal female presence, but it is far from impossible. Leaders of both genders need to implement shifts in mindset and action. This will lead to a move away from male-focused marketing tactics based largely on sexual conquest.

Rather than focusing on the fear of losing appeal to male clientele, brands can translate their value in a proportionately powerful manner by pushing against sexism. For example, taking a corporate stance on the fight for equal pay, or maintaining an image of respect and equality, makes a brand stand out among the noise.

Understand the difference between core values and opportunism

But like any campaign that toes the dangerously narrow line between a demonstration of core values and a hollow CSR initiative, fervent backlash is just a tweet away. Taking a corporate stance on the fight for equal pay may be a nod to   modern female audiences, but walking the walk is what makes a brand stand out among the noise.

Audi launched a misguided Super Bowl promo in which a young girl out-races her disgruntled male counterparts as her father narrates his disappointment that she will never be equal to a man. While it was a well-intentioned effort by the all-male executive board to join the conversation, it did more to emphasize unchanging disparities between genders than it did to suggest a solution.

Similarly, Budweiser attempted to correct old wrongs by reviving several sexist 1950’s beer ads for International Women’s Day, succeeding more in showing women that they can get a dog and some takeout food if they don’t have a husband, instead of the idea that maybe their husband would be the one pouring them a beer.

RAM Trucks, meanwhile, did it right: the brand used positive messaging to promote female visibility in its campaigns. Its  inspiring commercials blend images of fearless female athletes splashing through wind and water with nurturing mother-child moments. The mother does not juggle groceries and a baby while the husband loosens his tie and shuts the driver-side door. Instead, women live their lives. This portrayal delivers exactly what we’ve wanted—representation unhinged from societal expectation. That’s a win for Femvertising, and traditional advertising.