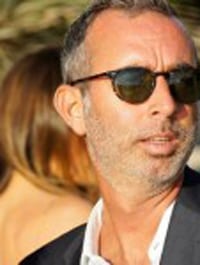 My off-hours are spent volunteering as an activist for New York City cyclist, pedestrian and public transit advocacy organization Transportation Alternatives (TransAlt). At the start, I figured it'd be the usual rabble-rousing stuff: showing up to protests, tweeting photos while holding up signs, et al. And while those elements are minor parts of a volunteer activist's role, the way TransAlt empowers its activists is more identity shift than cosmetic lift.

With consistent nudging from its community organizers, TransAlt's volunteer advocates show up to meetings, town halls, phone banking events and strategy sessions. They tweet endlessly at city officials and each other to find solutions to dangerous street conditions and aging infrastructure.

Using the simple hashtag #BikeNYC, activists become street-level reporters, posting footage of stalled trains, reckless drivers or police cars parked in bike lanes. This footage can be harnessed to prove the need for policy reform at the local and state level.

The organization is a golden example of a small nonprofit creating a squad of unpaid influencers; a community of advocates who advance its mission and messaging both in person and on social media. So how can professional communicators harness that kind of people power in their campaigns?

Find alternate channels to reach the social media-averse. For TransAlt Manhattan community organizer Chelsea Yamada, it's all about bridging the knowledge gap for self-proclaimed luddites who don't often take to social, but can be counted upon to show up in person to events and community "actions" (e.g., press conferences, rallies, group bike rides). She defines this crowd as those who "self-identify with the vision, but spend a lot of time not participating on social." This group is more receptive to email than the Twitter set.

Use an all-inclusive hashtag to explore adjacent causes. Yamada says those with a community that is already on social media find each other on Twitter using the hashtag #bikenyc. By casting a large net city-wide, "we end up detecting niche voices who are shining on a particular issue." This helps TransAlt source potential advocates to welcome into the community.

Encourage hyperlocal messaging. Lobbying and advocacy work relies on buy-in from local politicians (assembly members, council members, etc.), who care more about their direct constituents than city- or state-wide public opinion. For instance, coaching an activist to think on the micro-level—e.g., "I'm from Brooklyn; I want my [political] representative to take a stance on X" may be more effective than tweeting directly at the mayor. This has the added fact of ensuring citywide campaigns are not "muddled by provincial issues," says Yamada.

Vito @TheRoostNYC has been an Avenue B small business owner for two decades, and is stoked that @TransAlt launched the #BikeAveB campaign. Join us for locally roasted brews ☕️ after the May 20th ride to school event! #BikeNYC pic.twitter.com/at9JMkzu77

Arm activists with easy-to-read resources. Many local community and advocacy organizations participate in some kind of "lobby day," a chance to meet local politicians face-to-face and make persuasive arguments around local policy. At a recent event at Manhattan's City Hall, activists were primed with a one-page FAQ on a newly proposed bill, as well as half-page sheets with best practices for Twitter posts (use a photo, use this hashtag, tag a friend, tag a politician, etc.). "With a partial page flyer, we can include broad targets and strategy," explains Yamada. Avoiding micromanagement allows advocates to fill in the blanks with their own experiences and personalities.

Outside of the nonprofit and advocacy world, larger brands are employing similar tactics to find issues that matter to their constituents, lobbying local governments for policies that impact customers' lives (and therefore their own bottom line). Consider Airbnb's efforts around a New York State hospitality tax, Ben & Jerrys' "Cannabis Justice" campaign  or Uber's recent push for congestion pricing.

These industry-agnostic advocacy tactics should get your gears turning. What does your audience truly care about, and how can you fire them up to take action?