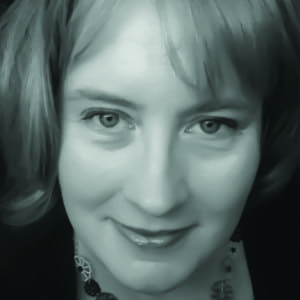 In the wake of multiple terrorist attacks in Paris, Beirut, Nigeria and Mali along with the shooting directed at Planned Parenthood in Colorado during the latter part of 2015, now would be a good time to review your organization’s crisis plan, including your crisis communications plan.

Cities and countries usually have solid crisis plans in place, although we saw during 9/11 how a lack of coordination between officials in the District of Columbia, Virginia and Maryland, led to a disorganized evacuation of the District that day. By contrast, the evacuation of Manhattan and those on waters surrounding the island went relatively smoothly. Perhaps one good thing to emerge from 9/11 is that governments here and abroad were motivated to work on their crisis plans.

The cities and countries mentioned above, along with the American organization, Planned Parenthood, were able to react quickly amidst the chaos that befell them in 2015.

But what about businesses within the targeted zones? Were they prepared to communicate during these unexpected horrific events? As a communications pro in an organization you need to ask yourself what would you and your brand have done if a bombing or an attack occurred near your headquarters or other offices? How would you communicate effectively?

Have you reviewed your crisis communications plan recently?

During a crisis, you can expect that some systems will be compromised. This is why you need to be able to make plans to work with multiple channels of communications to get out information quickly and efficiently. That means expanding beyond the traditional means of sharing information through the news media. You should have more than one channel to reach people within and outside the organization—such as a website, phone trees, email or SMS text messaging groups. The goal of notification systems is to get the correct information out to the right people fast.

Do you have a way for staff to report in or get information fast? Set up an out-of-area number that staff can call to say they’re OK. In addition, make certain that freelance staff are briefed on where to check in during a crisis. An 800 number that feeds into a security company is an option.

Another option is Facebook’s Safety Check, which is activated during natural and other emergencies such as terrorist attacks; encourage staff to check in using that feature. Note, however, that Facebook determines when Safety Check will be activated. This means you should have other options. You will want to use your company intranet and email to broadcast information about the crisis. A phone tree and SMS text messaging also are potential options.

Your organizational model and industry should factor into how your notification system will be designed. FedEx, for example, uses the Manager as Communicator model. Important messages and news are sent to managers, and managers hold team meetings to communicate the needed information. If there is an urgent message when the drivers are out on their routes, FedEx sends a dispatch message on a scanner. Before a driver who has received a notification can continue with deliveries, he or she must read the short message.

Keeping your website updated is important during a crisis; however, it is critical to keep your Facebook page and Twitter feed active. Share information on these channels using a crisis-specific hashtag. Remember that people aren’t necessarily going to go to your website during a crisis. They’re going to turn to sites where their friends and family are likely to be accessible, such as Facebook and Twitter.

It is critical to distribute correct information quickly during a crisis situation. The last thing you want your employees to be is uninformed. Notification systems help you avoid that situation.

Prepare to communicate during the unexpected. It could do more than save your business, it could save lives.