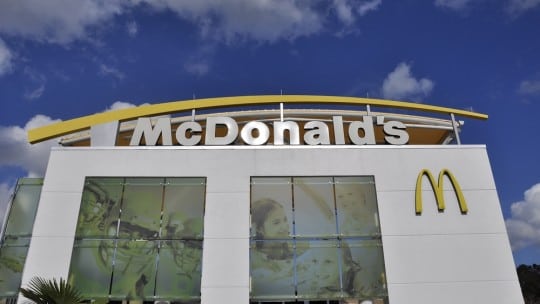 While the original announcement to open the McDonalds was made in August 2016, those opposed to the chain's proximity to the Vatican have not been able to halt the opening. NBC reported at least one cardinal's public opposition, calling the opening "perverse" and "aberrant." Amid a flurry of international headlines, McDonald's has been noticeably silent. The fast food chain hasn't even announced the opening on social media or other official channels.

Looking back to October 2016, when news of the opening broke, it becomes clear that McDonald's silent posture is likely a strategic move to keep itself out of a volatile situation. At the time, Hill & Knowlton, which represents McDonald’s in Italy, did not respond to several requests from religious publication RNS, and the PR professionals currently representing McDonald's likely have advised a similar stance. Religious matters are notoriously difficult for brands to disengage from, especially once broken by the mainstream media. Take, for instance, public outrage over Starbucks' Unity Cup, which drew accusations around The War on Christmas, or the Chick-fil-A same-sex marriage controversy.

All in all, McDonalds' crisis strategy around the Vatican City opening is a win-win for the fast food giant. The brand has avoided entering into a global scandal (most of the opposition appears local to the Vatican, at least in mainstream media coverage), and hasn't had to announce the opening on any of its branded channels—the media has taken care of all of the PR the company could want around a contested opening like this one.