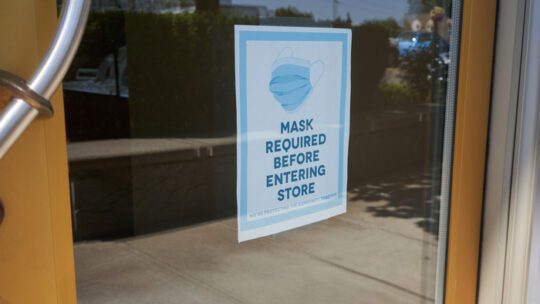 Social engagement around mask mandates peaked several times this year: in January as President Biden came into office and signed an executive order mandating masks; in March, as Texas lifted mask mandates there; in May, as mandates were lifted in many other places and in August, when mandates returned, particularly as school districts determined back-to-school protocols, according to data provided to PRNEWS exclusively by Shareablee.

Actions, or engagement, are the sum of social likes, comments and shares.

Content mentioning mask mandates generated nearly 24 million consumer actions this year, with more than one-third (7.7 million) occurring between 7/26/21 and 8/25/21, the time period of our chart on this page.

“As the topic of mask mandates is so hotly debated, major news about them seems to generate a lot of engagement, as people debate in the comments,” says Shareablee analyst Madison Busick.

In the period observed in the chart, the most popular reaction to mask mandate posts on Facebook besides “like” was “angry,” with more than 313K actions, making up 38 percent of all non-like reactions. August saw the most number of “angry” reactions on mask mandate content since March 2021.

Busick adds that “‘love’ reactions almost always spike at the same time as ‘angry’ reactions, which makes sense with the divisiveness of the mask debate.”