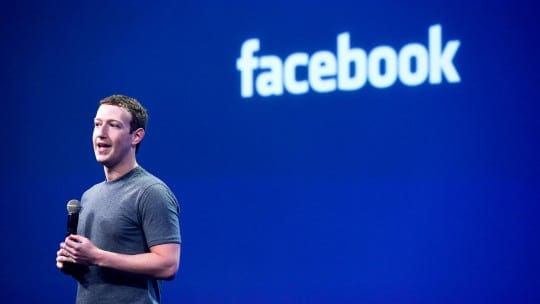 It’s a PR 101 conundrum: Charges are made against an important brand; the brand’s stature and the nature of the charges result in press coverage; the brand delays its response and a story is born. The brand then reaches out to the complainants and listens to their charges. Within a few days the brand investigates and concludes the charges are untrue. Some of the complainants agree with the brand’s assessment, while others say the investigation was faulty and demand increased transparency from the brand. The story results in many people thinking deeper about the brand and what it does. For some, the perception of the brand will change, if even just slightly.

This is a grossly simple way of looking at the story about conservative groups saying Facebook’s algorithm has been giving short shrift to stories with a conservative viewpoint. With 1 billion+ people using it each day, including 8 billion+ video views, Facebook arguably is the dominant social platform and a major component of brands’ social outreach.

It’s also become a major news conduit for users. A Pew study last summer reported 63% of Facebook users said they use the platform as a news source. Also last summer Facebook introduced its Trending sidebar to allow users to filter by topic and see only trending news about politics, science and technology, sports or entertainment. Due to its size and influence, how those stories are filtered and other news decisions Facebook makes have become critical. “If you’re in PR and you’re not thinking about how Facebook is targeting and tracking and making that part of your strategy, you are missing out,” says Katie Creaser, VP, at Affect. “You have to be plugged into all this…it’s where so many people are.”

As such we asked PR pros and communicators for their take. Does Facebook’s emergence as a content gatekeeper influence the way a communicator does his/her job?

While all we spoke with admitted the issue is interesting, none said they would use Facebook any less as a result. “The savvy communicator can’t be too surprised by” the story, says Patrick Riccards, CCO and chief strategy officer, Woodrow Wilson Foundation. Born as a social platform, Facebook has become a media company and “media has always made choices” about which stories to cover and which to ignore, he says. Facebook’s decisions about trending stories are similar to what newsrooms the world over do every day, he believes.

More than that, Riccards says, “Look, if you want to play on Facebook’s field, you have to play by its rules.” All the communicators we spoke with said that means one thing above all else: If you want people to see your posts, you have to pay for them. “Like anything else in social media, you have to constantly be thinking about amplification,” he adds.

But beyond that, if Facebook is being opaque about its algorithm for trending stories, how can communicators know what the rules are? “It’s hard,” says Beth Perell, VP, communications and information management, Goodwill Industries International. Creaser agrees. “There’s no way for PR pros to understand the algorithm.”

As New York Times columnist Jim Rutenberg wrote May 22 referring to how much information Facebook asks users to supply to it, “But how open is Facebook willing to be in return? The way it initially handled this month’s flare-up over accusations of political bias in its Trending Topics feed can only lead to this answer: not very.”

That’s part of the problem for Mission Foods’ digital strategy lead Gavin Donovan. “I’d like to believe that Facebook is being honest, that the stories it says are trending really are. But we don’t know,” he says. A corollary goes to the heart of communicators’ dilemma. “When we push things out on Facebook we want them to reach the right people. We have to trust Facebook is doing the right thing.”

For Perell much of this story comes down to changes in PR. “For a long time PR was a relationship-building business, but now you have to rely on data and technical prowess,” she says. Despite Facebook’s regular tweaking of its rules for brands, all we spoke with commended the platform’s analytics. “It’s a wonderful platform…for telling you what’s [your] most effective ,” says Riccards, who uses it in concert with other social media. Riccards says a better question to ask is “Do millions of users care what Facebook says is trending? We follow what our social networks talk about.”

Creaser looks at trending differently. “As PR people we need to watch trending stories; they can spark an idea for a pitch…yet [brands] cannot and should not create stories solely to wedge our way into trends.” She also believes watching trending stories can help PR pros with their pitches in another way. “Facebook is important to [traditional] publishers and will become even more important to them. They want their stories to be trending [on Facebook].” PR pros need to know this when pitching, because journalists might be more responsive to stories that could trend, she says.