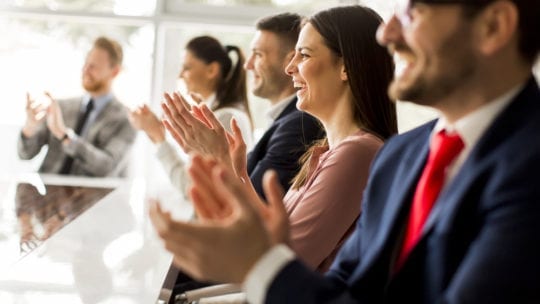 The problem with writing about crisis communications is that, these days at least, we don’t lack for colorful examples. One day a crisis might set the world on its ear only to find that a week later we no longer hear anything about it. Consequently, the examples that we use for crisis communications test cases often become instantly and horribly dated. Really, does anyone want to talk about, let alone remember, the slow cooker that got into hot water when a fictional character died on a TV show?

What is never dated is a deeper understanding of the opportunity that an incident or a crisis brings to a brand. Yes, a crisis well handled can represent an opportunity.  Unfortunately, the default setting for most C-suite executives is to indulge in the hope that things will blow over and be forgotten.

Her findings are based on looking at hundreds of crises involving reputational risk. She noticed that as technology changed so did the nature of crises, crisis response, and the public's expectations. Her research disproves the time-honored assumption that public exposure in a crisis offers only downside risk.

Dr. Pretty found that, on average, a company will lose five percent of shareholder value after a crisis. That is not an inconsequential number. You don’t have to be the CFO to understand that. The data she has presented documents a 15 percent drop in share price for companies who respond poorly to a crisis event. That is serious downside risk.

What is even more important is that her data proves that responding well to a crisis (quickly, transparently, effectively, with an honest expression of responsibility) can provide a 10-percent boost in share price. That is shareholder value and it represents a smart investment.

In a world rapidly approaching 5G interconnectedness, the pre-internet hope to contain a crisis, even riding it out with little or no public comment, seems hopelessly archaic. Thanks to technology, incidents and crises now have more in common with a viral sensation. In other words, a crisis has become an unplanned opportunity to show the entire world who you are and what you’re made of.

Technology has made things very personal. From our phones to our Fitbits to our personal digital assistants to a wrist watch that can call 9-1-1 if you have heart trouble because you haven’t been using that Fitbit enough. Tech’s ubiquity has given us increases in speed as well as a greater control of that portion of a brand’s value that accrues from its reputation. And it’s that reputation value that’s at risk in a crisis because, as Dr. Pretty writes, all stakeholders, including the general public, believe “that companies should atone for their mistakes and do so conspicuously.”

“For executive management, the lessons are clear,” she writes. “There is no hiding place from reputation risk or the advance of technology.”

The fact that Dr. Pretty even uses the outdated frame in talking about a “hiding place” from a crisis shows how ingrained that idea is. We’re still responding to it even as the opportunity of “winning” a crisis presents itself. No longer, though, is a crisis a thing to respond to, but an economic prospect to be anticipated, prepared for and embraced.

The trick to realizing this newfound opportunity when the worst happens is to stick to the basic truths of crisis communications: Speak quickly and be in the conversation from the beginning. Be empathetic and authentic. We’re all humans on every end of this equation. When the brand’s humanity is under the greatest scrutiny and in the brightest light, it needs to be at its most human. Be transparent – even if it’s not how you’ve done business in the past. Everyone’s looking – let them see you clearly, honestly and working to be your best. Communicate with authority and authentic sincerity.

Your goal in all of this is to protect and rebuild the trust that underpins your brand and enables the value you have to offer. If you do all that, you won’t just get past the crisis, you could be better and more valuable as a result of it.