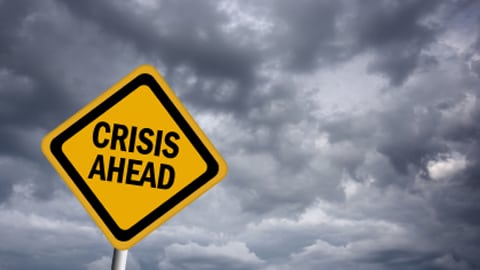 As most of the country watched the Kavanaugh confirmation fallout, Facebook said its platform had been breached, compromising the data of 50 million+ users. Facebook’s biggest breach occurred just three days before its Sept. 28 announcement. The decision to quickly alert the public may turn out to be a smart move that will maintain or even grow shareholder value, according to a new report, which refutes the oft-cited idea that prominent data breaches fail to influence share price. Hold that thought. We’ll discuss it below.

Only 50 percent of 348 communicators in a March 2016 Nasdaq Public Relations Services/PR News survey said their companies were adequately prepared to respond to a PR crisis. Another sobering figure: 60 percent of respondents said their organizations fail to hold meaningful crisis preparation exercises or were unsure if they do. Similarly, just 52 percent said their companies have a written crisis communications plan. “During a crisis is not when you want to begin crisis planning,” says Bell CCO and chief of staff Robert Hastings. Still, many brands treat crisis as a remote possibility and avoid preparation.

A new study of 125 PR crises that occurred during the past 10 years might snap C-suite members from their slumber. It uses data to assign numerical values to assumptions about what crises mean to shareholder value (see chart 1).

In “Reputation Risk in the Cyber Age: The Impact on Shareholder Value,” Dr. Deborah Pretty of Pentland Analytics provides more evidence in favor of crisis preparation. The report argues for prompt response and says brands handling crises well add shareholder value in the year after a crisis. Perhaps just as important, its conclusions are expressed in business terms, which should help grab the C-suite’s attention.

The Cost of Crisis

The study concludes that a crisis costs brands, on average, 5 percent of shareholder value during the first year after it occurs, as chart 1 shows.

The report also found the average company’s equity beta, a measure relating to the price of capital, rose 9 percent during the crisis year versus the previous year. Equity beta is a measure of how expensive it is for companies to obtain capital.

A fascinating conclusion from the report is that it takes just five trading days after a crisis to predict what a brand’s value position will be at the end of the post-crisis year. The value loss by day 5 is a strong predictor of the value position at the end of the post-event year. “If that doesn’t convince companies to be ready to react promptly to a crisis, I don’t know what will,” says Kevin Elliott, U.S. crisis and risk lead at Hill + Knowlton Strategies.

The 2018 study quantifies social media’s influence on post-crisis value: it’s doubled. Social media can spread news of a crisis across the globe in seconds. Yet social media also can magnify a brand’s prowess in responding to a crisis. As such, the 2018 study shows winners gaining 20 percent in shareholder value during the first year after a crisis (compared to a 10 percent gain in 2000, pre-social media); losers decline nearly 30 percent in value in the 2018 study (vs. 15 percent in 2000) as chart 2 shows.

Another difference between the 2018 and 2000 studies is the 2018 report includes 23 cyber attacks, or 18 percent of the portfolio. There were no cyber attacks in the 2000 portfolio of brands that experienced crisis. “This is a sign of the times and a warning of what is to come,” the report says.

It also notes that neither the size of the firm, nor the reputation premium it enjoyed before the crisis offers any protection against value loss.

Why do winners make gains in shareholder value after a crisis? During a crisis the market receives “substantially more information” about a company and its management” than during normal circumstances. Some management teams impress investors. As a result, investors reassess their expectations about future cash flow upward, which is reflected in the share price.

What steps can management take to impress during a crisis? Pretty’s earliest report (1993) noted shareholder value was influenced initially by the market’s estimate of financial loss from a crisis. The longer-term factor, though, was management behavior.

The 2000 study said value creation factors are “strong, visible leadership” from the CEO; “swift, credible” action to rectify the crisis; “accurate and well-coordinated communications;” and a “sensitive” understanding of the importance of rebuilding trust and how difficult it will be.

The 2018 study says the power of social media, technology and culture are contributing factors in how brands can emerge as winners from crises.

First, in a social media world, to “have any chance of recovering shareholder value and being a member of the winning portfolio, requires that crisis communications be not just swift, but instant and global.” This, of course, isn’t easy when complete information is unavailable instantly. Still, with the market’s quick evaluation of response, the report believes this is the best course.

Second, cultural norms have shifted. Most stakeholders assume that companies should atone “conspicuously” for their mistakes. “In some cases,” the report says, “this can be done only through...active, social responsibility...directly associated with the crisis.”

As we said at the outset, Facebook’s prompt announcement of its Sept. 25 data breach should turn out to be a wise move. Certainly other companies have delayed announcing cyber crimes for a variety of reasons. Given the findings of the report, particularly that the market makes an assumption on average within five days about whether or not a brand is a winner or loser in a crisis, Pretty argues prompt response is the correct course.

With data breaches, another factor is in play. There’s an assumption that brands can elude a long-term share price impact from a prominent data breach. She believes this assumption is based on commentators looking at “isolated examples without modeling.” Her conclusion is “the evidence [in this report] suggests otherwise” and that a prompt, transparent response is the correct course with any crisis, including a data breach.

The changes in shareholder value (see chart 3) are similar to those seen with the full portfolio of crises. This indicates the importance of considering cyber crimes when making crisis preparation plans, the report concludes.