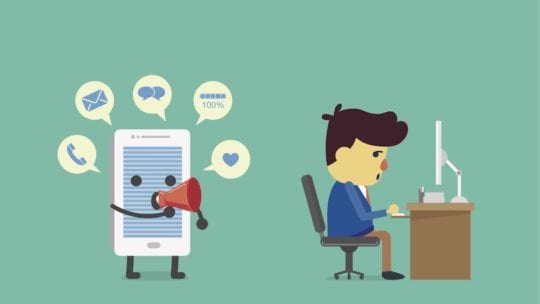 Editor's Note: PR pros might have expected an extended home stay to be the perfect chance to finish a writing project or begin one. For many, that expectation has flown out the window, making way for an anxious, distracted and disorganized writing environment. Writing coach Ann Wylie offers a method for jumpstarting creativity the next time you're feeling stuck or unproductive.

Novelist Agatha Christie believed the best time to write was while washing the dishes.

Author Harper Lee did much of her creative thinking while golfing. And artist Grant Wood said, “All of the really good ideas I ever had came to me while I was milking a cow.”

Welcome to the wonderful world of incubation. That’s the third step of the five-step creative process—the one where you take your eye off the ball and let the back of your mind work on your project for awhile.

Then comes the miraculous moment when your brain presents a brilliant idea fully formed—aka the Eureka! or Aha! moment.

The other steps: 1. forage, or gather information 2. analyze that information 4. break through with your big idea and 5. knuckle down and implement.

The spirit of the staircase

The French call it l’esprit de l’escalier—the wit of the staircase. That’s when you think of a great idea on your way down the stairs after the brainstorming meeting or the perfect retort the day after someone makes a snarky remark.

Where did that brilliant idea come from? It’s part of the magical and mysterious juju of the creative process.

Here’s how to create the magic:

That’s forage, analyze, then take a break. Incubation is the third step of the creative process.

My writing time is much more effective if I research and organize information the day before I write. The next day, I’m itching to get started. The reason: 16 hours of down time have really been 16 hours of incubation.

Kenneth Atchity, author of A Writer’s Time, calls this phenomenon creative pressure. You put off that first draft until you can hardly stand it, when you can’t wait to get to the keyboard and let off some of that creative steam.

But incubate before you’ve foraged and analyzed, and you don’t have anything to incubate on.

Russian chemist Dmitri Mendeleev reportedly established the periodic table of elements after waking from a dream one afternoon. British poet Samuel Taylor Coleridge claimed that “Kubla Khan” came to him in a dream.

You might come up with better ideas if you got more sleep, too.

German scientists have demonstrated that our brains continue to work on problems while we sleep. After eight hours of rest, they’re more likely to come up with the right solution.

Other research shows that the best way to keep your brain working is to get outside and move.

Don’t have time to sleep while a deadline is looming?

Stuck? Don’t plow through. The best approach may well be to move on.

Note: A version of this content appeared originally at The Social Shake-Up