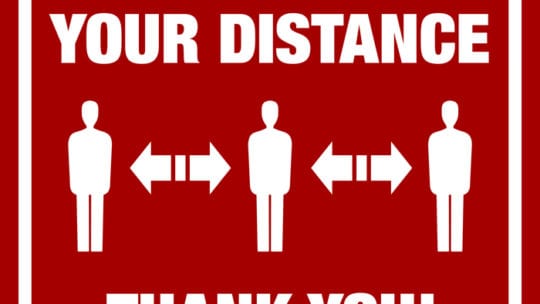 Way back in late January, when coronavirus largely was a foreign affairs story, we noted how it was also becoming a communications story. Companies, especially global ones, began to communicate about proactive safety precautions to employees and customers. Employees and customers watched. Eventually, watchers judged a company on what it said about the virus.

Not too many weeks later, as the now-pandemic is the biggest domestic story in recent memory, its communications aspects continue to loom large.

In the interim, of course, we learned that in China, where the virus seems to have originated, a young ophthalmologist saw early evidence of it, in mid-December. He warned his Wuhan medical school colleagues about it via email. Police hauled him into custody just hours later. They ordered him to stop spreading dangerous rumors.

Beijing recently apologized to the late doctor, providing more proof of the importance of communication and showcasing reputation preservation.

We also learned several communications-related incidents may have occurred in China. One potential communications snafu is that local Wuhan officials, who dread communicating bad news to the center in Beijing, covered up evidence of the virus. This essentially gave coronavirus several weeks head start. The other possibility is that Beijing had evidence that it suppressed.

In China and the US?

Whatever the case, it’s not a political statement to say the president's performances during the briefings have been a primer in how not to do crisis communications.

Speaking with one voice is paramount in crisis communications. Countless times officials have needed to contradict or re-explain the president's miscommunication. The president has sought to blame China for the virus and previous presidents for a lack of preparedness. He's also bashed the press repeatedly and said at times the Democrats were to blame.

Laying blame and attacking reporters are just a few of the PR basics executives and spokespeople are urged to avoid during in a crisis.

Adding to the confusion, at times the president's tweets seem to hint at a contrary policy. This morning, the surgeon general said the week ahead will be bad. Similarly, the World Health Organization had a dire report about the US. This evening, though, during the White House briefing, the president amplified on his tweet (below). He'd like to "re-open" the country for business in short order, the president said. While we applaud his can-do spirit and note it's important for leaders to be upbeat during a crisis, the president's sanguine comments seem out of step with his medical advisors and statistics.

WE CANNOT LET THE CURE BE WORSE THAN THE PROBLEM ITSELF. AT THE END OF THE 15 DAY PERIOD, WE WILL MAKE A DECISION AS TO WHICH WAY WE WANT TO GO!

While VP Pence generally has received high grades from the public for his briefing demeanor, some of his comments also seem to contradict the medical advice of the White House coronavirus task force. Pence on March 22 mentioned sending employees exposed to coronavirus back to work wearing masks. Again, this seems to contradict the CDC recommendation that those who are sick avoid leaving home.

Another tenet of crisis comms is having a trustworthy voice. For many, the president's behavior during the past three years has stripped him of trust. Numerous polls show Americans want to hear more from experts and less from politicians. A NPR/PBS Newshour/Marist poll released March 17 showed 37 percent of respondents have either “a good amount” or “a great deal” of trust in the virus information they hear from the president. 60 percent said they do “not very much” or “not at all” trust the president on the virus.

Communications is a Tough Job

Poor communication is not the fault of the president entirely. Indeed, An ABC News/Ipsos poll showed a majority of Americans approves of his work. Other polls show different results.

Information overload is a problem that induces panic. Ditto the lack of communication from some government and business leaders. Speaking with one voice is a bit harder when communicators and executives are scattered about, in their homes.

More than that, since the virus leaves some patients asymptomatic, many feel fine and not realize they are spreading it. This makes the communicators' urgent message a more difficult sell.

As Gil Bashe of Finn Partners writes, “It turns out that, at least as far as COVID-19 is concerned, communicating about the disease is proving almost as difficult as overcoming its contagion.” Coronavirus is illustrating what PR pros have long known: good communications isn't easy.

The worst part, of course, is that a significant number of people are not following health best practices. Most people are being careful, of course. So, you could argue, the messaging is working. Yet when lives are in the balance, unless nearly all of us follow these practices, the worst could be around the corner.

The message that people should stay home and, if out, to be physically distant, is not getting through. Look at patrons crowding beaches in Florida and California. In addition, there are the tourists packing around cherry blossoms in Washington, D.C., seemingly oblivious to health warnings.

Outside this country too, the message isn’t resonating sufficiently. This morning we saw footage of Londoners packed on that city’s tube. This situation likely led to Prime Minister Johnson ordering a shut-down of the country late today.

Props to medical communicators in Belfast, Ireland, who came up with this blunt PSA urging people to stay at home. Sure, the PSA lacks excitement. It's boring even. Person after person saying the same thing. You could argue it’s bad communications. Its repetitive nature could lead viewers to tune out quickly.

On the other hand, it affirms something PR pros stress constantly: the importance of clear communication in plain language. Avoiding jargon and buzz words in messaging is another hallmark of good PR. It’s even more critical when lives are on the line, as Karen Strauss, chief strategy and innovation officer at M Booth Health, wrote in a LinkedIn article.

We saw this recently. It resonated.

It is with a heavy heart that I inform you of the death of a beloved old friend: Common Sense (C.S.).

Known affectionately to friends as Horse Sense and Sound Thinking, C.S. selflessly devoted himself to a life of service in homes, schools, industries, hospitals and offices.

He was once reported to have been seen in the halls of Congress and in the White House. Alas, he hasn’t shown up at those places in years.

He will be remembered as having cultivated such valuable lessons as knowing when to come in out of the rain, why the early bird gets the worm, life isn’t always fair, and maybe it was my fault.

His health began to deteriorate recently, when well-intentioned, but overbearing, regulations were set in place.

Details about a memorial are pending. His wife, Discretion, preceded him in death, as did his daughter, Responsibility, and his son, Reason.

Farewell, Common Sense. May you rest in peace.

To reiterate: communicate clearly and often, speak with one voice, think about the emotional state of those who ingest your messages, be as transparent as you can and use the dear, departed common sense.