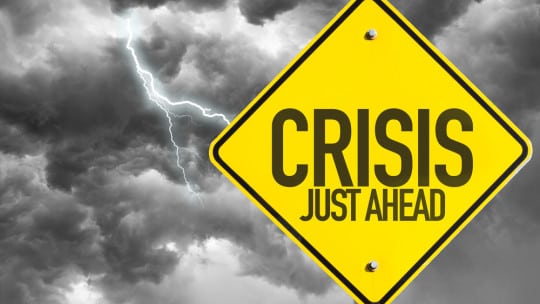 Novice PR practitioners and many of their supervisors have learned in communications schools the ABC’s of handling a PR crisis. While I disagree with many of the do-it-by-the-book tenets because I believe that there is no such thing as a one-size-fits-all approach, at least the schooling provides an introduction to the subject.

Equally as important as how to contain a PR crisis is how to avoid making it worse, as often happens. No expensive textbooks or instructors are necessary. Pay attention to daily news coverage and you are certain to learn from other brands’ PR miscues. (They occur frequently.) Doing so will provide a free tutorial on what to avoid during a PR crisis.

Prime examples of how to make a PR crisis worse include the way the National Football League has handled the concussion issue, the tobacco industry’s swearing decades ago that it didn’t realize cigarettes could result in devastating illness, BP’s actions during the Deepwater Horizon oil spill and Penn State’s reaction to its Jerry Sandusky/child molestation problems. Each of those examples could provide a semester-long course in what not to do.

United Airlines' doubleheader PR blunder produced a prime example of why an immediate response to a PR crisis is not the wisest tactic, a long-time belief of mine that many in our business disagree with.

As you know, the crisis began after a passenger sitting in his assigned seat was forcibly dragged out of a United Airlines plane and needed treatment at a hospital. United C.E.O. Oscar Munoz made it into a continuing story when he said that the airline’s employees followed established procedures and “…I also emphatically stand behind all of you, and I want to commend you for continuing to go above and beyond to ensure we fly right.” Softer follow-up statements from the CEO followed, but it was too late. The incident is destined to have a long shelf life.

Too often a PR crisis is made worse because the brand involved has failed to update its crisis plan and its policies are followed as if they are the Ten Commandments. As I noted above, PR pros should treat each crisis as a unique event and realize there is no such thing as a one-size-fits-all PR crisis strategy. The United example shows how easy it is to make a PR crisis worse. Other examples include Wells Fargo, Volkswagen and Fox News Channel.

One of the problems when dealing with a PR crisis is that tactics that were etched in stone decades ago still are used widely. An example is the maxim that a brand should rush out a statement ASAP. For an industry whose selling points to clients are its creative skills, too often do-it-by-the-book theories prevail.

Some Important Lessons To Consider: One or two negative stories about a brand do not automatically make a PR crisis. If a brand receives bad press avoid overreacting by responding immediately. Don’t be cowed by the 24/7 media frenzy demanding immediate statements, special interest group reactions or social media comments. Unless your brand has a serious product issue, a bit of negative publicity will rarely hurt sales or earnings.

Notice how Secretary of State Rex Tillerson engages the press. He does so only at a time and place of his choosing, despite media attacks accusing him of being non-responsive. Whether you agree with his politics or not, pay attention to his media strategy.  Your obligation is to do what’s best for the brand, without lying, not what’s best for the media. And remember, positive coverage during a PR crisis does not eliminate the crisis. I realize this next statement is contrary to conventional PR thinking, but here goes: Allowing media-savvy attorneys to direct the media response often is best for the brand long-term.

Wait a day or two before responding to media pressure. Sometimes the bad press will cease by itself, something a PR crisis response cannot accomplish. Waiting a while before responding will also provide time for a thought-out crisis response plan tailored to fit the situation, if necessary. Until then a simple, “We’re gathering the facts and will get back to you soon," should suffice.

Given time to think things over, the United C.E.O. might have waited before making his initial remarks. The exception to a rapid response is when a story contains inaccurate financial information or inaccurately accuses a brand of wrongdoing. Those instances require a brand to seek a correction ASAP.

A PR crisis is far different from one or two days of negative stories. Even if the situation is a true PR crisis, history and the United Airlines situation show that rushing out a statement prior to the facts being known can result in continuing negative publicity and media distrust.

The best way to respond to a major PR crisis is for a brand to ask that a committee composed of respected individuals, not affiliated with it, investigate the situation and offer remedial suggestions. Then any corrective actions taken should be made public. (Of course, the chances of a company voluntarily asking an outside board to judge it are pretty close to nil.)

Just because a company manual instructs how situations should be handled doesn’t mean following it blindly is the correct approach, although that often happens. Common sense should be used and lock-step thinking should be avoided. As someone who has successfully navigated PR crisis, nationally and internationally, I have found that common sense provides the best solutions.

To all young PR practitioners: For goodness sake, regardless of the situation, whether a crisis or not,avoid corporate speak when preparing a statement. How long will we be replaying Munoz’s “I apologize for having to re-accommodate these customers”?

Arthur Solomon is a former journalist and was SVP/senior counselor at Burson-Marsteller. A frequent contributor to PR  publications, he was on the Seoul Peace Prize nominating committee. Solomon can be reached at: [email protected]