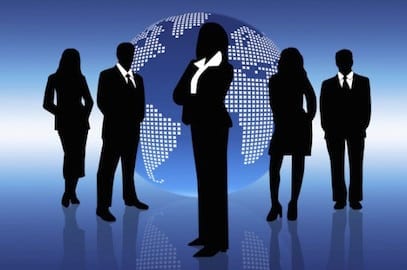 Monday-evening’s “Politico” leak of Roe v Wade material likely means companies and their communicators face a decision on yet another polarizing social/political issue.

Many pundits say the leaked draft opinion is energizing both sides of the abortion debate. Indeed, we've already seen multi-city demonstrations for and against abortion rights. And, as expected, social media is exploding, in several directions. It's almost no surprise that some posts are poignant and powerful, others seem head-scratchingly tasteless.

As a result of so much attention, some believe the re-energized issue is destined to shape the coming mid-term elections.  There’s no doubt “this election is now about abortion,” former senator Claire McCaskill said on MSNBC this morning (May 4). That could be true, although there's no way of knowing whether or not Roe will dominate the pre-election news cycle. In addition, the court insists the leaked document is not a final decision, which is expected next month. So, depending on specifics in that decision, the debate could include nuances we're unaware of now.

Similar to any ESG issue, communicating about your Roe stance, in simple terms, can be viewed as a series of options. As we note below, though, Roe is far from a traditional ESG issue. Having said that, and in no particular order and without judgement or endorsement, options for companies include:

PR pros know companies are wading into political and social issues publicly to an extent unheard of just a few years ago. Combining pre-election focus on abortion with companies’ increased willingness to take stands will make it nearly impossible to remain silent on Roe, says veteran PR pro Arthur Solomon.

“They’ll have to take a stand and the sooner the better,” he says. “Staying quiet will not satisfy either side,” Solomon adds.

He doesn't believe this is a topic for PR pros to decide. “It's a moral issue…management should decide” on a position “after carefully engaging with the work force.”

During a round table last week, communicators debated the question of who should make decisions on a company's ESG stances. One said it's the job of corporate leaders to lead. Other communicators advised surveying staff before taking a position, another urged companies also consider the opinions of their communities. There was no consensus.

At this juncture, Roe vs Wade is not a traditional ESG issue for companies. For instance, there are several wild cards in play.

First, reproduction is a highly personal subject and of central importance to women. Moreover, Roe is a diversity issue and could open a path to banning gay marriage. And since women are leaving the work force at higher rates than men during the Great Resignation, the issue takes on added importance. In addition, it's imperative that this issue is handled with care for reputation purposes. A company's stance on Roe likely will be seen as reflecting its attitude toward gender equity, diversity and women's reproductive rights, among other things.

Moreover, many companies, through their employee health programs, have insurance policies covering abortions. Should the court overturn Roe, companies might find themselves in a legal thicket. Roe protects federal abortion rights. It's unclear whether or not companies would be liable in states or localities if their insurance providers funded employee abortions.

Second, there could be ramifications for companies based on Disney’s recent snafu with Florida's politics. Initially, the company said nothing about the state’s ‘don’t say gay’ proposals. When Disney employees got upset with its silence, CEO Bob Chapek spoke up, blasting the measure and Governor Ron DeSantis. As a result, DeSantis and the legislature whacked Disney World, FL’s biggest employer, rescinding certain financial and legal benefits. Within days, Disney’s communication chief departed.

The question, though, is how companies will interpret Disney’s episode as it relates to Roe. Will they fear remaining silent and stirring employees’ wrath?

Or will they see the lesson of Disney as taking a stand is too risky?

The game has changed: executives saw what we did to Disney and have changed their risk calculations. The pushback against woke capital is starting to deliver results. pic.twitter.com/UtI8nZs2jH

As Axios reporters Lachlan Markay and Emily Peck wrote, Roe "will put corporate America in a vise, squeezed between employees pressuring companies to speak out and state governments that might punish them if they do."

Certainly, some companies are expressing their position. A few did so long before the leak.

Standing up for reproductive choice and liberty is not a difficult decision to make, and Bungie remains dedicated to upholding these values.https://t.co/zCjZZC2NkH pic.twitter.com/c0t4s4Xp1D

And select companies are adding action to their words, paying some expenses for employees who travel out of state for an abortion. At this time, though, many firms are saying little or nothing. Colin Lodewick of "Fortune" yesterday (May 3) reached out to 30 major companies, seeking comment on their Roe position. Most didn't even respond.