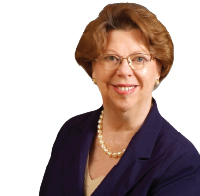 When Web 3.0 began to assume a foothold in the PR orbit, Sally Falkow, a seasoned PR trainer, felt it her incumbent duty to bring the uninitiated up to speed. Her impetus: The confused expression many PR professionals had etched on their faces when the subject of digital got broached.

To fill this void of knowledge, Falkow developed the Social Media Bootcamp, delivering the first session at Bulldog Reporter’s Media Relations Summit in San Francisco in May 2008. The success of this program led to four more classes in Los Angeles, Chicago, New York and Washington, D.C., where more than 200 people attended. Her programs are usually described with superlatives. What many PR professionals hail is the clarity of Falkow’s presentations and how she is able to convert a tyro to an ace who can effectively integrate social media into comprehensive winning strategies.

When not apprising PR professionals on the intricacies of social media, California-based Falkow writes about digital PR and social media in her popular Proactive Report blog, a platform that she’s maintained for almost five years. She is also highly in demand as a speaker at numerous industry conferences. â–

Since joining GolinHarris in September 2005, Gonsoulin has earned high marks for training the agency’s senior executives. In turn, those executives have become enthusiastic advocates for the training among their colleagues.