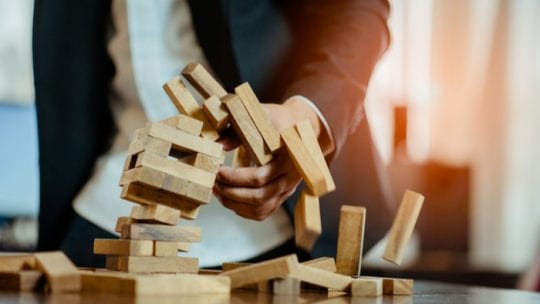 It’s difficult to know whether the Whoopi Goldberg-Holocaust story remains an issue or eventually gets bigger. It's news today, but will other stories overtake it? Perhaps the Olympics, which begin later this week? Or the rising tension in Ukraine? It's possible the story smolders, eventually becoming a PR crisis, an existential threat to Goldberg's career, ABC's “The View” and other projects. Perhaps it ends well (more on this below).

No @WhoopiGoldberg, the #Holocaust was about the Nazi’s systematic annihilation of the Jewish people – who they deemed to be an inferior race. They dehumanized them and used this racist propaganda to justify slaughtering 6 million Jews. Holocaust distortion is dangerous. #ENOUGH https://t.co/koS1kuspqV

Deeply appreciate @WhoopiGoldberg inviting me on to @TheView today to have an important discussion on the importance of educating about the Holocaust. Whoopi has been a long-time ally of the Jewish community and @ADL and her apology is very much welcome. https://t.co/0lCLSgM9vO

“Words matter and we must be cognizant of the impact our words have." pic.twitter.com/vMK5kSPAmj

How the situation progresses may hinge on what, if anything, Goldberg does or says during the two-week suspension. Assuming Goldberg remains quiet during the two weeks, it's her return to The View that will drive the story, says crisis expert Shannon Tucker, a VP at Next PR. "Will she address the situation on the air when she returns or ignore it?"

Carreen Winters, MWW's chief strategy officer, urges Goldberg to "speak less, listen more," during the suspension. "Take the time to read, reflect and understand the experiences" of discrimination's victims. Similar to Tucker, Winters believes Goldberg should "use her platform on The View for respectful dialogue going forward."

The Goldberg incident seems to insert a few wrinkles into traditional PR crisis communication. For one, it's an example where a person issues a good apology and still gets suspended.

In addition, Goldberg's journey could illustrate the need for communicators to consider 'apology coordination.'

While Goldberg apologized on social promptly, some considered the Colbert appearance her first apology. It "created confusion,"  Winters says.

"For communicators, this is an important lesson about the challenges of pre-taped television in the always-on world of social conversation," she adds.  She also questions the wisdom of having Goldberg do the taped interview at all.

Tucker says apology coordination isn't needed "if your message is consistent." The comedian-actor changed her message after the Colbert taping, Tucker says. The remarks on Colbert "came off as insincere...it was a non-apology apology...[and] she made a lot of mistakes" if she intended to apologize, Tucker says.

For example, while Goldberg acknowledged her remarks made a lot of people angry, she also spent a lot of time on herself. I did this damage "to myself," Goldberg said several times. In addition, "Goldberg said, 'I don't want to fake apologize,'" Tucker notes.  Indeed, other than that mention of "apologize," Goldberg never used the word.

Also potentially a factor in this incident is Goldberg's return as a beloved character, Guinan, on the upcoming “Star Trek” spinoff, "Star Trek: Picard." Season II debuts on Paramount Plus March 3.

Paramount Plus executives "definitely are watching" how Goldberg handles this, Tucker says. "If she says nothing when she returns to "The View," [Paramount Plus] may decide not to work with her moving forward."

It's hardly news that America is divided politically and racism as a topic is in the town square, board rooms and offices as never before. In fact, Goldberg mentioned the Holocaust and racism as part of a breaking story about book banning.

PR problems rarely exist in a vacuum. As such, people will interpret the Goldberg episode in the context of the moment. Recently, we've seen some CEOs and celebs slapped on the wrist for their behavior. In light of those examples, Goldberg's suspension may seem harsh. And, as the tweet below implies, racially motivated.

Moreover, February 2022 is a time when anti-semitism is on the rise and hate crimes across the board are at a 12-year high. As the Goldberg incident unfolded, bomb threats were closing a slew of HBCUs on the first day of Black History Month.

Whoopi is suspended for being culturally insensitive then apologizing, yet Meghan McCain was able to unapologetically spew hateful rhetoric about every minority group without punishment. Hmmm

Black History Month brings with it many things, including education. Perhaps Goldberg's words can teach. Goldberg's interpretation of racism as centering on skin color comes from her experience as a Black woman. Perhaps Goldberg will change her view as a result of this moment, influencing others to do the same.

Ultimately, Goldberg "stopped defending her position, listened to the perspectives of others and grew to understand an important issue in a new way," Winters says. "And she apologized...this is a good model for how to course correct a mistake."