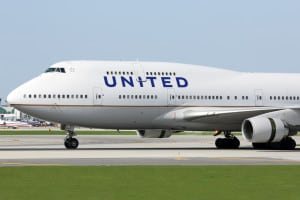 There are all sorts of ways to stand up.

Take Sanofi, for example. The pharmaceutical company stepped into the Roseanne Barr controversy after the comedienne blamed a racist tweet on Sanofi’s sleep aid Ambien. The company responded swiftly to protect its brand. Its droll tweet was liked more than 186,000 times.

Several companies stood up by coming out against anti-LGBT legislation in North Carolina. More recently AT&T stood up by admitting it made a mistake in hiring President Trump’s personal lawyer to seek his help as the company pursued a merger the administration opposed.

Whether you’re taking a political stand, standing up for your reputation or owning up to mistakes, timing, messaging and relevance matter. Here are a few more examples.

If corporations are going to lay claim to free speech, due process and other constitutional rights, then they should act more like citizens. It’s OK to express opinions, engage with your community and have a heart.

When United Airlines ended discounts for members of the National Rifle Association after a Florida school shooting, many thought the company was taking a political stand on gun control. One shareholder even criticized chief executive officer Oscar Munoz for “liberal virtue signaling” during United’s annual meeting.

But Munoz didn’t dismiss the critic with a stiff “no comment.” He said the company made a decision because one of the students killed in the shooting was the teenage daughter of a United pilot. “Sir, it wasn’t political,” Munoz said. “It was personal with regard to my family at United.”

While cutting ties with the NRA was a personal decision, it put United in the middle of one of the biggest controversies in our country. That takes courage, another admirable human trait.

Brands Should Be Transparent About Their Values

Customers care not only about what companies sell but also what they stand for.  Two-thirds of consumers say it’s important for brands to take stands on social and political issues, according to a Sprout Social survey of 1,000 consumers. This is especially true among millennials and younger generations who hold brands accountable for their values, particularly on diversity and inclusion.

But in today’s tribal warfare between red and blue states, companies have to walk a fine line when speaking out. So it’s important the message come from the top and is unambiguous. Don’t put the burden on social media teams to develop value statements on the fly.

Standing Up Doesn’t Have to Be Political

Even though everything is viewed through a political lens these days, there are other reasons to stand up. Admitting you messed up and apologizing are not easy. Pride and reputations often are at stake. Humans make mistakes. Addressing mistakes is the first step to avoid repeating them.

Corporate apologies have become commonplace and, in some cases, backfired because the apology didn’t seem sincere.  When a CEO who looked sad delivered a brand's apology, the company’s stock price rose after the announcement, according to a study reported in a Harvard Business Review article.

Being honest and taking responsibility can also help turn around an issue more quickly, another study in the same HBR article found. Researchers determined while companies are twice as likely to blame external factors when earnings don’t meet expectations, passing the buck results in continued financial decline. Conversely, companies that take responsibility for their missed earnings stabilize and eventually see an uptick in financial performance.

Taking a stand may turn off customers who don’t agree with you, but the rewards of being authentic, engaged and transparent outweigh the risks.

Margaret Hoerster is a senior partner and Ameet Sachdev is a VP at Finn Partners.