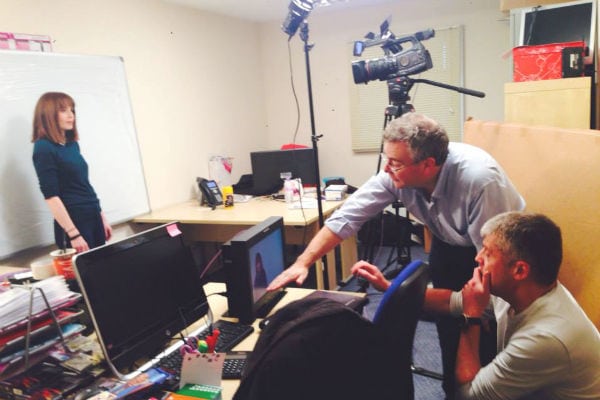 It’s not news that brands are exploiting social video. Consumers regularly see thoughtful YouTube videos from brands such as KFC, BMW, Red Bull and Lego, to name a few. In addition to raising awareness, many of these videos humanize brands.

Yes, we know what some of you are thinking. ‘Those are huge brands with big budgets and large staffs. It’s a snap for them to create great videos. But I’m a PR army of one. I can’t handle videos on top of everything else I do.’

We feel your pain. To help, PRNEWS assembled a group of video experts to address PR pros who think they’re too stretched (dollar-wise and time-wise) to produce brand video. The tips and tactics below should help you see the light, which, not coincidentally, is crucial to quality video. We also will host a webinar on the topic.

First things first—get started. This is the hardest part, of course. For inspiration we turn to influencer Brian Fanzo, who says, “Stop overthinking video and press the damn button.”

In addition, as Elaine Seward, senior video producer at The American Chemical Society, says, “Don’t be afraid to make a simple video. Sometimes less can be better.” Seward counsels new video creators to avoid getting bogged down with complicated graphics, intricate shots, and over-the-top editing. “Having an engaging host and a lively script can go a long way in creating an enjoyable video that people will want to watch,” she says.

OK, now you’re out of your seat and ready to dive in. But how do you come up with ideas for brand videos? “Brainstorming ideas in a vacuum” isn't a sustainable strategy, says Chris White, content strategist at Capital One.

White’s starter tip is similar to what PR pros do when they begin nearly every effort: know your audience. “Start by learning what your audience really cares about,” he says. In addition, define your goals. What metrics do you want video to help with? And plan for how people will see your content.

Another insight from White: Create content for the most specific audience possible. Forego trying to appeal to huge audiences. “Not every video needs a million views to be successful,” he says.

In addition, when you try to appeal to the masses you make compromises to the message to avoid alienating people. “But in reality, those compromises can make your message bland. After all," White says, "it's easier to have a deep conversation with one or two people than it is with 30, right?”

Seward adds, “People love to learn about themselves. The more you can connect with someone through a video to help them understand more about themselves, the stronger your relationship will be with them.”

For example, Seward’s shop released a video about why some people hate cilantro. The video was shared widely “because it helped people understand more about themselves, and they…shared what they learned with their peers,” she says.

Though DaVinci Resolve began as a color-correction tool, it’s now “an extremely powerful non-linear editing software.” Oh, and it’s free. “Even the most inexperienced editors can create something complex" with it, he says.

You'll need to pay for Premiere Elements, which costs $100. It offers step-by-step guided edits and what Suazo calls an “effortless auto edit. It’s an extremely simple tool for simple edits.”

Both Blackmagic and Adobe offer websites that provide tutorials to help you get started. “These are both great platforms to get started on if you are a novice or amateur,” he says.

For those who want an upgrade, DaVinci Resolve Studio has more advanced version ($299) and Adobe has a subscription service ($20.99/month) for Premiere Pro or the entire creative suite for $52.99/month.

Now that you have your creative ideas and editing tools, you’ll want tips about editing and creating your video. One simple editing technique Suazo recommends is called the Ken Burns Effect, named after the documentarian. In short it helps photos in your video come alive with motion. You do this by key framing the scale.

A second technique Suazo recommends is adding music and sound effects, or sound design, to the video. For example, Suazo recommends using subtle effects to simulate background crowd noises or other noises. This “helps the viewer feel like they themselves are experiencing what they’re watching,” he says.

See Me, Hear Me

Finally, it’s obvious a video needs to be seen. White prefers to keep things simple in this regard. Distribute your video “where it’s contextually relevant for the audience, not where you want to distribute it,” he says. If not, you’ll “waste budget chasing vanity metrics, such as views.”

Another distribution tip: “be where your audience already is and make it as easy as possible to consume the information,” White says. If your audience gets information from a handful of sites, put your informational video on those sites. And don't make people “click, fill out a form or download the file if your goal doesn't depend on it.”

Editor’s Note: Want to hear more from this talented trio about creating video on a tight budget? They’re speaking during PRNEWS’ webinar: “Making Killer Video for Your Brand When You’re a PR Army of One,” Nov. 19, 2019, at 1:30pm ET. Reserve your place now.