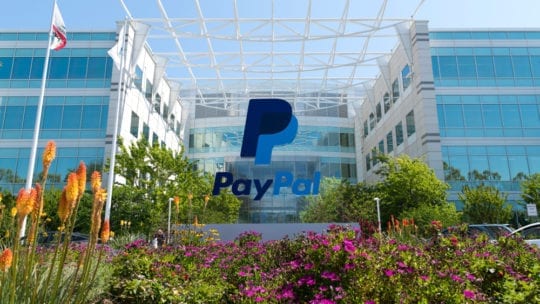 A brand's culture and values are crucial components of its identity—a reminder to your customers that you're in business for the right reasons. As Simon Sinek famously said, "people don't buy what you do, they buy why you do it."

But sharing the why around your culture and values can sometimes be difficult. Communicators face the challenge of doing so in an authentic, genuine way that doesn't come across as too opportunistic. Video is an often-underutilized tool for sharing the intangibles that make up the very core of your brand's DNA, says Josh Criscoe, head of financial communications at PayPal.

Ahead of his session, Criscoe shared some of his learnings with us.

Treat video as more than the words on the script

PayPal uses video often, from communicating earnings reports to making explainers around its new products. Its Facebook Watch series, "Never Stand Still", features CEO Dan Schulman interviewing other top leaders and executives to have candid, honest conversations about business and values. Schulman is every communicator's dream leader—honest, funny, dynamic and camera-ready—but he's also authentic. There's a tremendous value that comes from watching him look people in the eye, and carry a conversation, that falls in line with PayPal's understanding that personal finance is a tremendously intimate industry.

"We’ve used video to highlight things that we hold dear, things that wouldn’t necessarily make for a traditional media article," Criscoe says. "Through ‘Never Stand Still’ or other announcements, we’re leveraging video to talk about some of the softer elements of PayPal that aren’t hard news, but are important to humanize the brand.”

"Never Stand Still" is one way that PayPal humanizes the brand with video, but they do this in other ways as well. "We just launched a program during the federal government shutdown where we were providing access to interest-free loans to federal government workers," adds Criscoe. "One of the key elements of our strategy was to develop a video with our CEO really talking about what we were trying to do, and elevating this as an extension of our values versus being a political movement. That allows our CEO to talk very personally. When you do a video with a leader, people can see the whites of their eyes and better understand their intentions. That was a key asset we used to get the word out about the program and help convey trust, as well."

Criscoe and his team understand that finance  is a very personal thing. "So having a relationship with the brand that is helping you manage your money is very important," he adds. That's why video is about much more than the words on the script. Video is a feeling that you’re trying to convey, whether that be the editing techniques, posture or cadence, you can convey a lot more, he says. "If a picture is worth a thousand words, a video is worth a million or more.”

Constantly measure feelings and evolve your video around that

Criscoe says that PayPal polishes its approach to video by constantly operating in a state of iteration. They've been producing video content for many quarterly earnings reports, and can use the timing as a benchmark to see how their earnings videos performed. "On social media, you obviously have the ability to see how many people click on content or scroll through content, down to how many seconds someone watched it," he adds. "So you get a lot of data that way.”

PayPal also gets a bit more granular insights about what its audience thinks by dial testing certain content with focus groups. Criscoe says this helps the team "understand how people are feeling around certain parts of a video so [we] can learn what works well, what doesn’t work well, where there are opportunities for improvement, then constantly put out the next best version of what we’re working on. Every time we put content out in the world, we look at the feedback loop and what data we can get to understand how to improve the next time.”