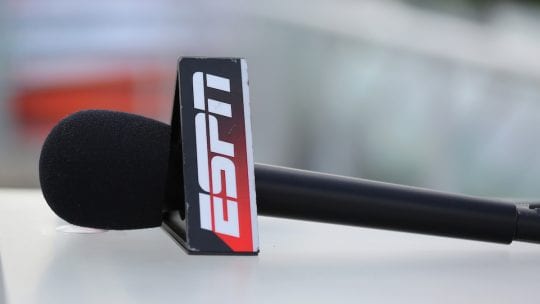 Broadcast media sure looks different from the days of only three networks, which delivered news reports and refrained from opinion. These days viewers can watch or listen to a wide array of stations and programs, many of which cater to the personal leanings of the audience.

Therein lies a challenge for networks balancing profit, audience happiness and what many might still call journalism. Can a TV network deliver what people want and maintain brand reputation, while allowing talent to deliver personal punditry?

Many media personalities may want to do further research or consider the public temperature before sounding off.

ESPN commentator Stephen A. Smith is not known for his shy demeanor. As one of the faces of ESPN, Smith spoke about the popularity and impact of Shohei Ohtani, the Japanese-born Major League Baseball (MLB) star, during his “First Take” show Monday (July 12).

In tonight's All-Star Game, the multi-talented Ohtani, 27, will perform a rare feat: appearing as a starting pitcher and a hitter. Ohtani leads baseball with 33 home runs and has struck out 87 batters in 67 innings. He's the first player chosen as an All-Star hitter and pitcher.

Yet Smith commented that Ohtani proves a difficult marketing point for MLB because he doesn’t speak English publicly.

"I don't think it helps that the No. 1 face is a dude that needs an interpreter so you can understand what the hell he's saying," Smith said.

This obviously did not sit well with fans, the Asian community, or even his ESPN co-workers. And it comes at a time when the Asian community has been put on high alert, and more than 80 percent of Asian adults surveyed by Pew Research believe violence against their ethnic group has been rising.

Smith since apologized and explained his remarks, as well as addressing the controversy with ESPN baseball reporter Jeff Passan on “First Take” Tuesday morning (July 13).

However, this seems to be just another slap on the wrist for Smith, as it’s not his first brush with public scrutiny for disparaging commentary.

In 2014 ESPN suspended Smith for insinuating that victims of domestic violence “provoked” men into abuse. He also received criticism yesterday (July 12) after mispronouncing players' names on the Nigerian men’s basketball team—to no regard.

“There’s no excuse to lose to Nigeria,” Smith said on ESPN. “[To lose to] some dude Gabe Nnamdi, who goes by Gabe Vincent for the Miami Heat. Or Caleb Agada. Or Nma ... however the hell you pronounce his name.”

Needless to say, the Nigerian team was not pleased.

A one minute clip with no basketball analysis and pure disrespect to the names of our culture.

Do better please @stephenasmith. This is low, even for you. https://t.co/H6m69KCwL2

ESPN has found itself in the hot seat lately when it comes to race, news and its workplace. Smith, a vocal, highly-paid public face of the organization should know better. And yet, mistake after mistake, ESPN continues to work with Smith. The remarks not only allow the public to drag Smith through the mud, but take ESPN right along with it by showing that the network will continue to air short-sighted, inflammatory takes and attitudes.

Apologies are a start, but can ring hollow after repeated mishaps. And for consumers, especially during these times of social change, actions mean much more than just words.

"Talk is cheap and brands need to show action. Audiences today are so in tune with brand authenticity, that if a brand isn’t able to walk the walk, as well as talk the talk, they will be caught out," says Meredith L. Eaton, head, N. America, Red Lorry Yellow Lorry.

Will it take any action against Smith for his opinions and lackadaisical analysis? We shall see.