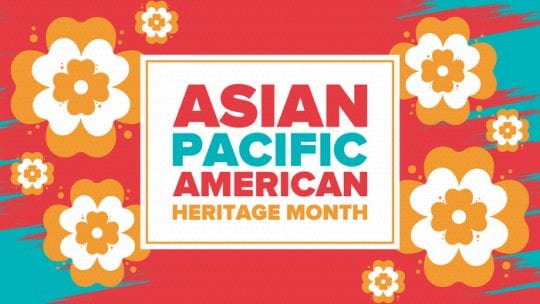 There are several factors behind the significant rise in hate and violence against Asian Americans. Misinformation and misrepresentation are major triggers. The former president referring to COVID-19 as "The China Virus" didn't help. The New York Times recently collected media reports of cases detailing assaults against Asian Americans where common phrases such as “You are the virus” and “Go back to China” were present.

Unfortunately, history shows such hatred is not new—so how to change things?

On April 22, 2021, the Senate overwhelmingly passed an anti-Asian hate crimes bill. It now awaits House approval—a sign of hope for a community that has long suffered from discrimination and racially motivated violence.

But how can communicators mark Asian American and Pacific Islander (AAPI) Heritage Month and help raise awareness of this community's stories and struggles?

The Role of Communicators

Communicators can help educate, especially when misinformation foments a crisis. PR and education always have had a strong relationship. Communicators can, and sometimes must, be agents of change.

“As communicators, we have a responsibility to help others see a reflection of who they are and who they could be,” says Joanne Tabellija-Murphy, Walmart's national director of public affairs-corporate affairs. “As such, we can help facilitate the change that needs to happen that’s sustainable in time.”

On May 12, the Museum of Public Relations will host its second annual event marking AAPI Heritage Month. During the session, AAPI communicators will tell stories and offer insights about working to #StopAsianHate.

Tabellija-Murphy will moderate one of the panels. She wants attendees to leave the event with "a lust for wanting to do something that’s constructive and productive for society…I hope they take away motivation from this session and use it as a platform to launch” something constructive.

“This must become a movement from grassroots efforts in order to be sustainable…it must be from your soul. If it is from your heart and your soul, it will be sustainable,” Tabellija-Murphy says.

As it turns out, AAPI Heritage Month had a grassroots start.

In the 1970s, Capitol Hill staffer Jeanie J. Jew noticed there was no representation of Asian Pacific Americans in the U.S. Bicentennial celebrations of 1976. She knew firsthand of Asian-American contributions to the country’s history: her great-grandfather was part of the Chinese immigration in the 1800s, and one of 20,000 Chinese immigrants who worked on the transcontinental railroad.

She approached Rep. Frank Horton and Ruby Moy, his chief of staff, about legislation in support of a month celebrating Asian Pacific Americans. They chose May in recognition of the first known Japanese immigrant to the U.S., on May 7, 1843. In addition, May marks the anniversary of the completion of the transcontinental railroad, in 1869.

After years of re-submitting bills to maintain an annual celebration, Congress, in 1992, passed a law permanently designating May as AAPI Heritage Month.

This became an opportunity to elevate Asian American voices and stories, which was important after a lack of national coverage about the murder of Vincent Chin in 1982, a tragedy that sparked calls for Asian American rights after Chin's killers received a light sentence.

A month to highlight this culturally rich community puts into perspective the importance of positive public awareness and accurate representation.

Jenny Frenkel is an associate at the Museum of Public Relations