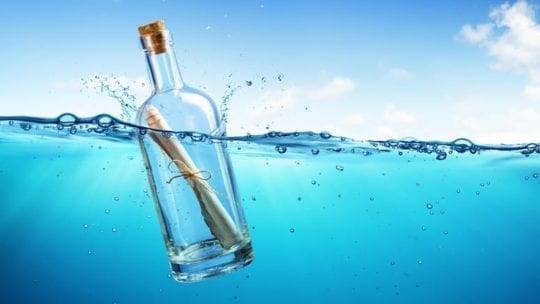 Emerging platform TikTok has seen a lot of buzz these days, and perhaps rightly so: It has added 1.2 billon users over just one year. A new shoppable hashtag campaign from Ralph Lauren is already trending in marketing circles.

For communications professionals, this is either cause for celebration or a scary new addition to their workload. An internal struggle can emerge, reminiscent of impostor syndrome—the worry that everyone else has it handled but you. Here’s what many communicators feel like they should be thinking: “A new social channel is out there, reeling in millions of followers! Hurray, a new audience to reach!”

At the same time, perhaps a bit quieter, but difficult to ignore: “Oh, great. Another platform? How the heck am I going to stay on top of that on top of everything else?”

If you can relate, the good news is you’re not alone. PR landed a spot in the top 10 most stressful jobs in 2019, a recent CareerCast survey found. New pressures in the media landscape—including, arguably, the constant addition of channels and content along with deadline pressure—were cited as reasons for an increase since a similar survey was conducted in 2017.

Deadlines and extra channels go hand in hand. How can a communicator be expected to stay on deadline when they’re constantly translating company news across multiple channels and formats, seemingly without end? Chasing shiny objects can mean biting off more than one can chew.

As PR pros investigate whether a platform or tool is a fit, they also lose precious time producing thoughtful content on the channels they’ve worked so hard to cultivate audiences for. They resort to "spray-and-pray" tactics in order to quickly push out the volume of content required by an ever-increasing number of channels.

Ann Handley, chief content officer at MarketingProfs, acknowledges that it’s a time management game, but argues that digital communicators need slow down their output in order to best serve their audiences. She calls her less-is-more approach “slow-cial media.”

"Rather than being always-on and always-everywhere, the more strategic and substantive approach is to do less and obsess," Handley told The Social Shake-Up in June. Her tips for doing so:

This has created a distribution and promotion problem for marketers. "We are puking our content everywhere!" Davis joked. He also likened the shiny-new-object phenomenon to addiction. "Stop chasing the next high," he said. "What if we try to build momentum, instead of chasing the spikes?"

Next time you see a marketing article that makes you send an SOS to the world, remember: Playing the long game—and taking it slow—might just be the only way to ensure your audience ultimately gets that message in a bottle.