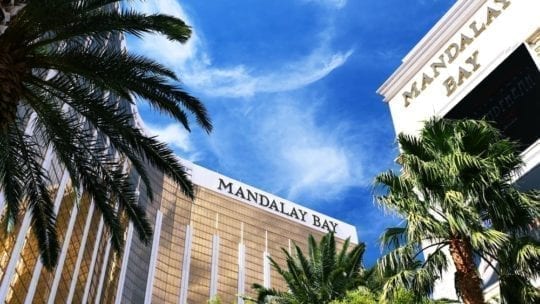 No amount of money can ever bring a person back from death. And a settlement reached two years after a national tragedy might be too late to repair a consumer’s perception of a brand.

While they will never be able to recover their loved ones, MGM Resorts International agreed to honor the victims’ families of the Las Vegas mass shooting by agreeing to an $800 million settlement.

"Our goal has always been to resolve these matters so our community and the victims and their families can move forward in the healing process," Jim Murren, chairman and CEO of MGM Resorts, said in a statement. "We have always believed that prolonged litigation around these matters is in no one's best interest. It is our sincere hope that this agreement means that scenario will be avoided."

In October, 2017, Stephen Paddock shot 58 people dead from his room on the 32nd floor of the Mandalay Bay resort, which is owned by MGM. The mass shooting injured hundreds of others, many of whom had congregated on the plaza below to enjoy a country music festival. The tragedy remains the worst mass shooting on U.S. soil.

Following the chain of events after the shooting, MGM did not provide the greatest example of how a brand should respond after a national tragedy. Granted, MGM did not engage the shooting, but it bewilders some to this day how the hotel allowed a visitor to transport and house 23 high-powered rifles as well as thousands of rounds of ammunition in his room.

First, MGM blocked any survivors and victims’ families looking to sue the company for damages. The company claimed no liability because of a federal law passed after Sept. 11. Because the shooting qualified as an “act of terrorism” MGM claimed it was not responsible to pay damages to concertgoers under the Safety Act.

Next, MGM actually took to suing over 1,000 people who had filed or intended to file cases against MGM. While the company did not sue for actual money, it looked to declare liability immunity and have the cases moved to litigation in a federal court. Because of the complexities of law, this may have been the right bureaucratic move for the company, but in context, it sure looked horrible for MGM—claiming to sue victims of a mass shooting.

It took only minutes for the outraged public to flood Twitter with the hashtag #boycottMGMResorts. And MGM also took a huge blow in the profit margin.

Just cancelled our reservation and will be staying somewhere else for our family reunion this summer. Will not spend a dime at your casino. Your company suing VICTIMS of the mass shooting is beyond cold blooded! #BoycottMGMResorts

If the MGM thinks it is appropriate to sue gun violence victims, then I will NEVER visit another MGM property for the rest of my life and I will encourage everyone I know, including my family and friends still in Vegas, to do the same.#BoycottMGMResorts #MGMResorts #mgm

Two years later, no one can remember a good response from MGM at the time. Suing the victims remains the strong story etched in history, especially while local businesses and groups organized underneath the message #VegasStrong, which remains an honorary theme to this day.

What residents and onlookers remember is restaurants offering free food to victims and their families, and corporations quickly scheduling blood drives to help hospitals and those affected. The travel industry remembers the Tropicana and other hotel properties offering free rooms to families having to travel to Vegas to reunite with or recover their loved ones.

Consumers remember retail-giant Zappos, headquartered in Las Vegas, offering to pay for funeral costs for victims. And hockey fans will never forget opening night for the Vegas Golden Knights, the newest NHL expansion team. The team instantly changed its opening-night ceremonies to honor the Vegas community, including a player giving a speech that lasted 58 seconds, one for each of the victims killed in the shooting.

Regardless of a settlement, MGM still needs to repair its reputation, not only with the people of Vegas, but America as a whole. It’s easy to throw money at a problem and walk away, but the sting of the initial reaction by MGM after the shootings will never be forgotten.

MGM seems to be getting started on this by announcing plans to open a community center at Las Vegas Village, the scene of the mass shooting.

"We know that for many, the Village property will forever be linked to the tragic loss of life that took place there on October 1st,” an MGM statement said. “We will never forget the victims, and all of those impacted by that evening.”

The space will include athletic fields for local sporting events, as well as places for community gatherings, and a spot to remember the victims of the tragedy.

While this is a start to rebuild MGM’s reputation on The Strip, it’s going to take a lot more than some money and a community center to heal the damage done. It’s a lesson to be learned on how to treat and take care of the public, especially during intensely disastrous events.