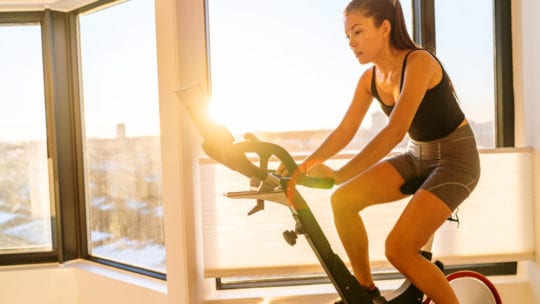 No doubt, the truth has taken much abuse during the past few years. With so much misinformation around, sometimes it’s difficult to find the truth. Still, when companies and the people who run them decide to obfuscate facts, it can lead to trouble. That’s doubly so when the company is publicly traded and subject to federal regulation and oversight.

Communicators understand that acknowledging ‘bad facts’ sometimes is painful. For some companies, the first reaction is to cover up bad facts. ‘We’ll correct things and nobody needs to find out. Crisis averted.’ That can work, but it’s rarely a viable long-term strategy. This morning’s news about Peloton, a one-time Wall Street darling, is more proof that prompt truth-telling often is the best route.

Earlier this year, Peloton, well known for its high-priced exercise bicycles, was caught in a thicket over treadmills, a secondary product. Reports surfaced that the treadmills were dangerous, especially for children who’d use them without adult supervision.

In truth, Peloton’s was not the only treadmill under the klieg light. Still, Peloton got much of the media attention, largely because of its name. That and a 6-year-old was killed on one of its machines. Allegedly, it was Peloton’s fault. Other Peloton treadmill users reported injuries, too.

Another reason Peloton had a target on its back was that initially the company scoffed at federal government reports. For example, in April, the Consumer Product Safety Commission urged the public to halt using Peloton’s treadmill. During an April hearing on Capitol Hill, the company scotched those reports as “inaccurate and misleading.”

Eventually, though, Peloton relented. It took several weeks. In early May, the company apologized forthrightly.

“I want to be clear,” CEO John Foley said. “Peloton made a mistake in our initial response to the Consumer Product Safety Commission’s request that we recall the Tread+…We should have engaged more productively with them from the outset. For that, I apologize.”

(Obvious Lesson: As we noted above, don’t fool with the federal government. In Sept. 2016, now-former Wells Fargo CEO John Stumpf tried to convince congress the bank's bogus credit card scandal was much ado about nothing. It was an isolated event/a few bad apples, he claimed. That went down about as well as a skunk at a garden party. Blasting Stumpf was one of Capitol Hill's few bipartisan moments. He was ousted months later.)

Was Peloton’s crisis averted? Not really.

This morning (Aug. 27, 2021), Peloton said the Department of Justice and Department of Homeland Security subpoenaed it for information surrounding treadmill injuries.

In addition, and more important for communicators, the company disclosed the Security and Exchange Commission is investigating it for false disclosure statements it made about treadmill injuries.

When it rains, it pours. Earlier this week (August 26), Peloton’s Q4 results were disappointing. Its losses grew, owing to slower sales growth, increased marketing costs and funds linked to the treadmill recall.

In addition, Peloton predicted future earnings will slide because it will drop the price of its lower priced bikes by 20 percent, to $1,495.

Why was Peloton slow to admit bad facts about its treadmills? Did it honestly believe they were safe, or did management fear the revenue loss of a product recall? Perhaps the company calculated the cost of hiding the truth and decided it was worth a chance?

The PR pros we consulted for this story believe arrogance is a possibility. The company’s C-suite never believed a crisis could touch them, so it hid the truth, a veteran crisis pro said. Another was blunter. “If you’re arrogant enough, you don’t think you have to be honest.”

It’s important to add a layer of complexity to the story. Beneath Peloton’s tremendous success during the pandemic–sales doubled–was the nagging sound of critics. The company’s high-priced products could not last. Once gyms reopened, the argument went, Peloton would be in trouble. Perhaps this concern figured into Peloton’s delayed truth-telling.

Speaking of alleged corporate cover-ups, another former Wall St. darling who critics say had trouble telling the truth about bad facts will make headlines shortly. Theranos founder Elizabeth Holmes claimed her company could conduct a series of tests using just a prick of blood. When critics doubted that, she covered up, refusing to speak. Her trial for fraud begins next week.