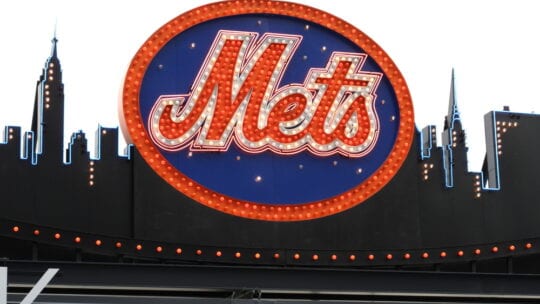 Consumers have little patience these days for brand screw-ups. With red-alert crises hitting them every which-way in the news cycle, it doesn’t take much for someone to throw up their hands and be finished with a brand.

This can be seen in many cases for sports fans. Long gone are the days where excuses and negotiations suffice. Most modern fans want to cheer for respectable organizations, and can do without outside distractions impacting their team’s possibility for success.

Take the New York Mets, for example. The baseball team fired its just-hired general manager, Jared Porter, hours after acknowledging to ESPN that he sent unsolicited, unsavory images to a female reporter in 2016. At the time, Porter was an employee of the Chicago Cubs.

The Mets’ new owner, Steve Cohen, announced the decision on Twitter this morning, along with a zero-tolerance policy for disrespectful behavior.

We have terminated Jared Porter this morning . In my initial press conference I spoke about the importance of integrity and I meant it.There should be zero tolerance for this type of behavior.

The quick response is an attempt to show fans that the focus of the team is on success, and that starts with the environment inside the front office. In addition, the message quickly reigns in an unwanted narrative, projecting a unified brand of respect from the Mets. Speed is of the essence in such situations.

Of course, you have to wonder about what the Mets knew about Porter and when. If they didn't know about his past, it throws the team's vetting process into question. If it turns out the club knew about Porter's trouble and hired him anyway, you need to ask: Had ESPN not published a story, would Porter still have a job?

The Mets have added incentive to want an unblemished image. Last winter, the club booted just-hired manager Carlos Beltrán after he was linked to the Houston Astros' sign-stealing scandal.

Cohen, too, has a checkered background. A billionaire who acquired the team last month, Cohen's S.A.C. Capital Advisors pleaded guilty to insider trading in 2013 and agreed to pay $1.8 billion in fines. It's one of the largest cases against a hedge fund.

"When an organization responds quickly to a crisis, it can [better manage] the narrative...potentially shortening the lifecycle of the crisis and presenting an aura of control,” said Eric Yaverbaum, CEO of Ericho Communications. “A quick response communicates transparency within the organization and shows care for how a crisis could impact how your audiences perceive and interact with the company.”

Yaverbaum also mentioned the importance of juxtaposition between the speed of response and trust with the audience.

“A willingness to respond quickly and clearly builds trust between the company and its audiences–meaning that audiences will turn to the company updates on the situation and believe in the veracity of the messaging,” he said. “It also communicates the values of the company, showing zero or low tolerance for behavior that runs counter to the company's ideals and established brand identity.”

Brand loyalists or fans may follow an organization because of shared values, making this instance a particular test for the Mets organization.

“Audiences have an expectation that they share the same values and ideals with brands they align with and patronize,” Yaverbaum said. “If a brand representative or choice runs counter to those expectations, it can create a rift between the organization and its audience. By quickly responding to and removing these opposing forces, brands show their audiences who they are and maintain that sense of shared identity.”